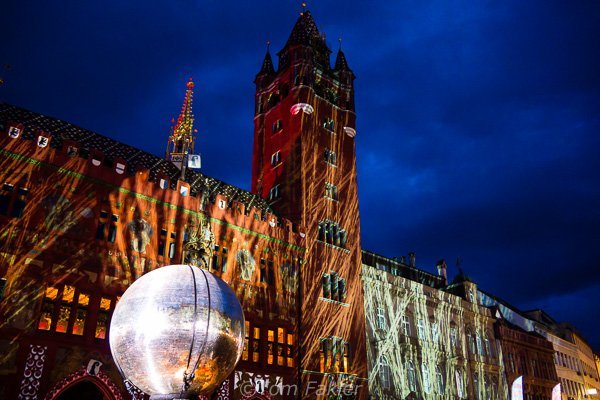 The Town Hall in Basel, Switzerland is not a modest affair. Its imposing red tower has dominated the Marktplatz since the beginning of the 20th century. But Basel’s Rathaus has been around longer than that, since 1514. Last weekend, the city held a party to celebrate the building’s 500th birthday. I have known the building is beautiful inside and out, and I now have some of the background. 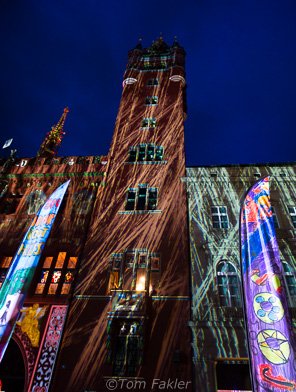 Basel joined the Swiss Confederation in 1501. To signify such a politically decisive step, the city fathers wanted to make a visible expression, and in 1503, decided to replace the existing town hall with a much grander structure. The Grand Council spared no expense in the construction, which took ten years.

There was no tower back then, however. That came at the end of the 19th century, a few years after the creation of a new Cantonal constitution in 1875. To meet the need for more extensive administrative facilities, both a tower and the broad building beside it were added in 1899.Today, the Town Hall supports operation of three offices of Basel’s Cantonal government: the parliamentary service, the President’s office with a General Secretariat, and the State Chancellery.

To celebrate the building’s 500th year , the Canton held a grand birthday party (500 Jubiläum) last Saturday. The Rathaus is a public building, and can be visited during the work week, but access to some of its most impressive rooms is restricted. The birthday festivities gave Basel citizens an opportunity to walk the halls of Cantonal government and learn more about the building and what goes on inside. 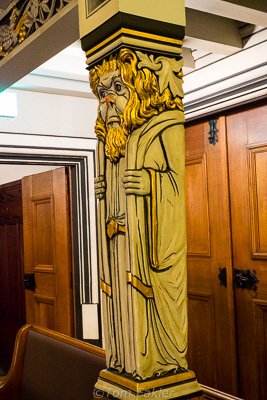 Merriment cranked up in the afternoon, as party-goers gathered in the Marktplatz (market square) for food and drinks, then began to queue for entrance into the building for self-guided tours. For an evening, we explored the beautiful rooms of the Rathaus, and glimpsed some of Basel’s political history through the centuries.

There were games for all ages, and bars in several locations. Out back, in the courtyard of the Staatsarchiv (City Archive) on Martinsgasse, a children’s art party was followed by dancing until the wee hours. Wishes for Basel’s future were projected onto the building’s facade, along with all manner of “light art”. On the big stage in the Marktplatz, several musical acts entertained the crowd through the evening.

I enjoyed the party atmosphere, but more than that, I relished the chance to wander through the Rathaus in areas that are normally off limits. Special highlights for me were the Basel-Stadt Cantonal parliament meeting room and its artwork and the intricate carving in stone and wood throughout the building.

It was a colorful spin through Basel history! 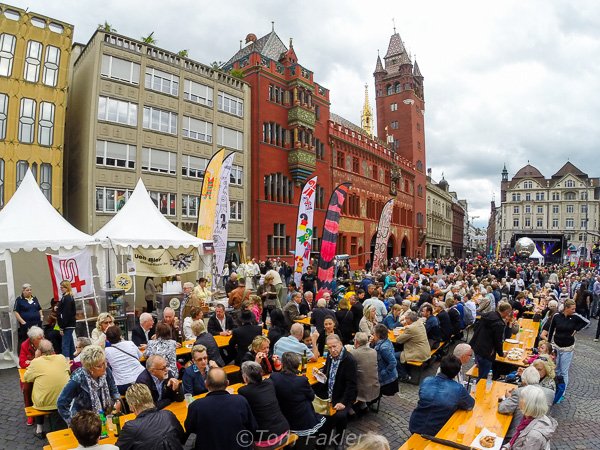 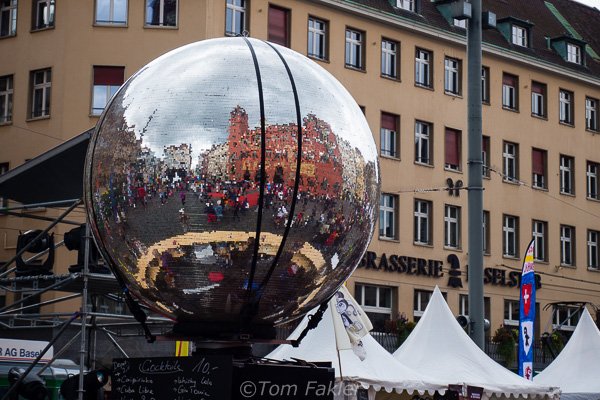 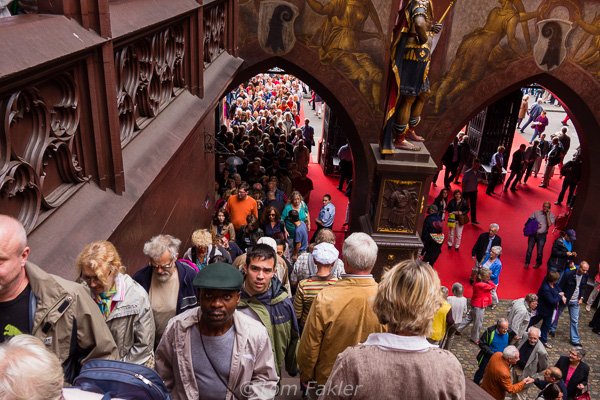 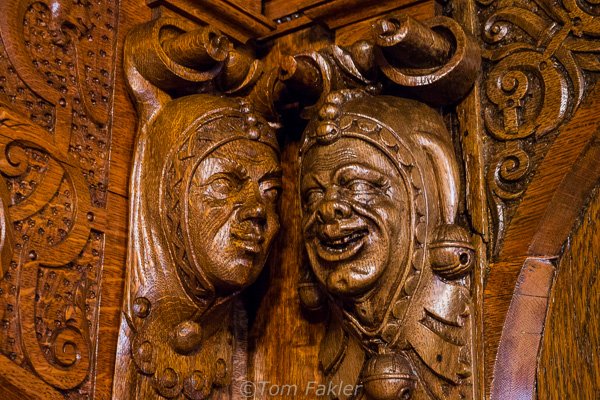 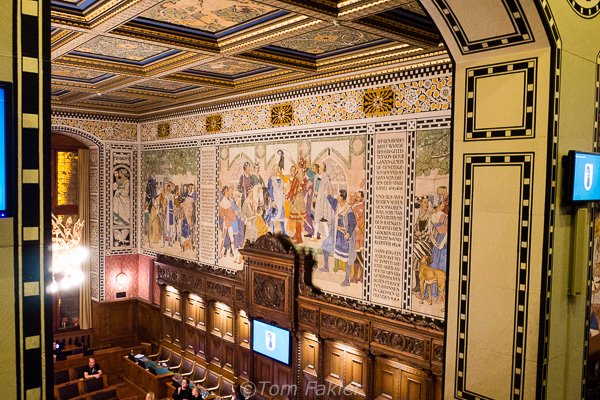 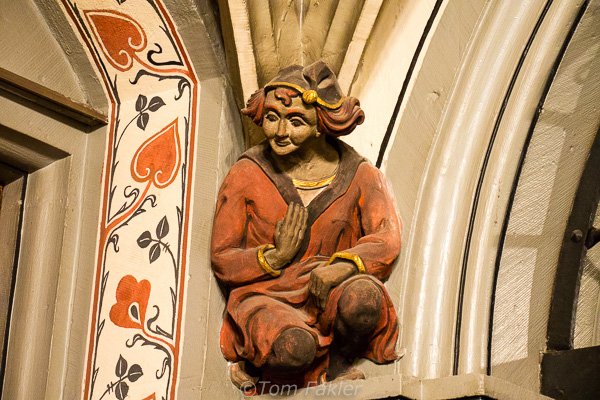 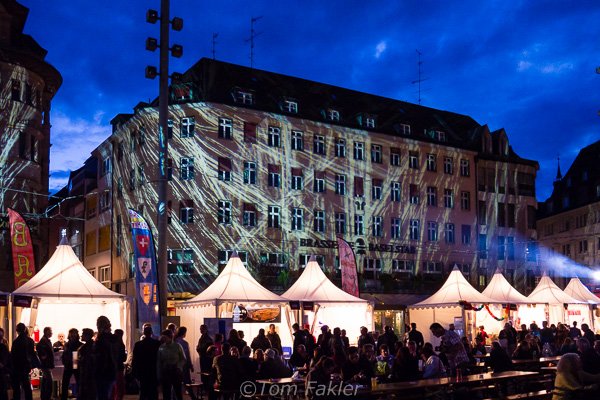 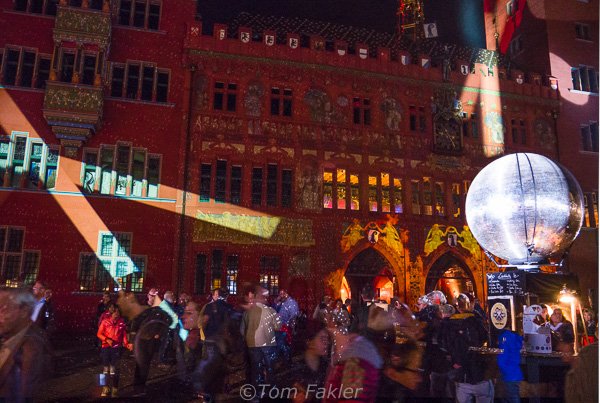 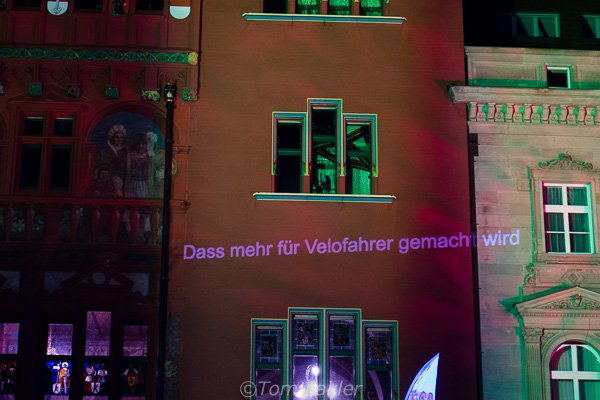 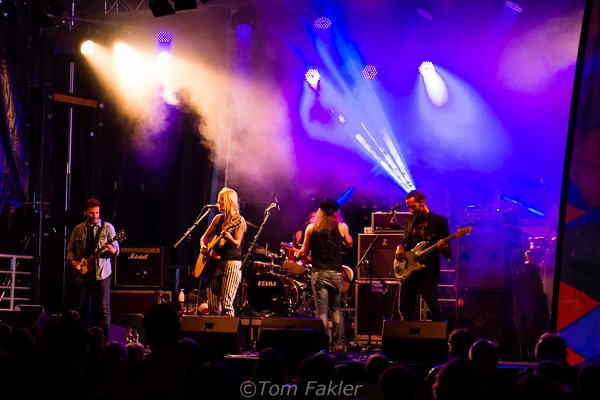 It was an outstanding Birthday Party to celebrate a splendid building!!