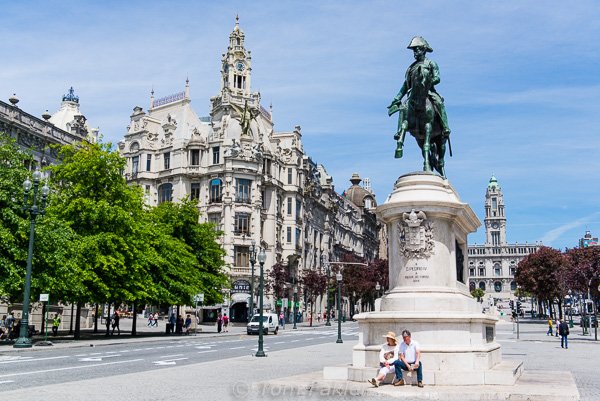 Touring a new city on foot always brings the place into focus, and a good food tour adds an element I especially enjoy. A couple of years before Tom and I moved from Switzerland to Portugal, we spent several weeks traveling in Portugal, ending with an exploration of northern Portugal’s food scene. On a glorious day in May, we walked the hilly terrain of splendid Porto with André Apollinario of Taste Porto Food Tours. A light breeze tempered the heat of just-arriving summer. It was perfect weather for tramping across broad avenues and plazas, diving into steeply pitched cobblestone streets, and enjoying a culinary walk. 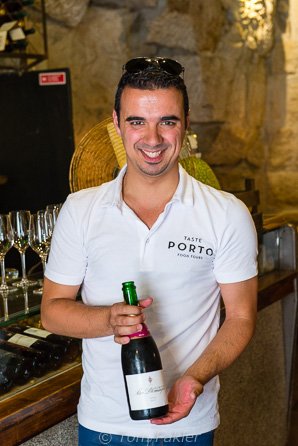 When we met André, Taste Porto had been in operation for just a year. Our host’s love of his city, and of Portugal’s culinary traditions was apparent, and his enthusiasm for welcoming people to Porto, boundless.

We learned that people from Porto call themselves ‘Tripeiros’, or tripe eaters, after a local legend from the 15th century. In this one, the citizens of Porto fed the troops of Henry the Navigator’s fleet in the conquest of Ceuta, in northern Africa, and kept for themselves only the ingredients that became Tripas à Moda do Porto. The stew of tripe, sausages, and beans is a symbol of the citizen’s generosity and appears on many local menus.

We heard about the infamous Francesinha, or ‘Frenchie’. The stomach-busting sandwich of meat, sausages, and cheese is topped with a beer and tomato sauce and a fried egg and served with a side of French fries.

Neither of these dishes featured on our tour but learning about them gave us an insight into the humble foods behind a rich culinary tradition.

Prior to our tour, we had seen Porto’s nickname, ‘Invicta’ or ‘Unvanquished’, all over town–on trash cans, buses, and the banner for FC Porto, the city’s football team.  The moniker comes from historical fact: the city’s withstanding a year-long siege during the 19th-century Portuguese civil war. The traditional culinary scene here has an edge to it still, and this was evident on our half-day walkabout with André. It was a great introduction to the city we would, in the not-too-distant future, call home.

Our Downtown Food Tour was a sublime “city walks intensive”, with plenty of opportunities to work off the calories we packed away. Porto is quite hilly, a fact of geography that put more than 13,000 steps on my Pedometer in the name of Portuguese food and wine. We began our walk at the Bolhão Market and ended with sweets at Praça de Guilherme Gomes Fernandes in Porto’s ancient Vitória neighborhood. Along the way, we stopped for a look over Porto’s rooftops to Vila Nova de Gaia, where we would later head for a port wine tasting.

To begin our walk, we tasted savory Pastel de Chaves and visited Casa Cristina (a café since closed). The café’s coffee grinders were museum pieces, having been used in hard times to blend chicory with coffee beans and stretch scarce resources. We met long-time shopkeepers, and young entrepreneurs bringing authentic regional flavors to Porto from across Portugal, and especially the North. At Porto’s iconic Bolhão Market, we tasted sardines with baguette slices and a glass of Douro moscatel wine.

Bolhão Market was in disrepair on that first visit, its offerings severely reduced, as the city prepared to renovate and modernize the neoclassic premises. Several of the vendors we met that day would retire rather than move to the market’s temporary location in La Vie shopping center. Others made the move to the Mercado Temporário do Bolhão, are now keeping traditions alive there as they—and we—await their return to the refurbished marketplace.

My favorite new flavors from our first time with Porto Food Tours included an aromatic dish of melted Caganita ewe’s cheese on country bread and a pulled-pork sandwich with a glass of bubbly red wine from vineyards near Porto. In a decadent finish, we indulged in chocolate éclairs with extra cream on the side.

The Vintage Food Tour gives participants a chance to see, feel, and taste traditional foods that travelers often miss on a whirlwind visit to Porto. Along with stops at family-owned shops, where fruit and cheeses jostle for space with coffee beans and wine, the walk takes participants behind the scenes at revamped restaurants where a new generation of locals is reviving Porto’s gastronomy. These innovators are supporting the city’s emergence as one of Europe’s top culinary destinations, and happy to share the results. Highlights of the Vintage walk for me included sampling hearty breads, such as Folar de Murça, and a variety of meats and cheeses from the Douro and Trans Montana regions, and an introduction to Port wine. This walk was a Slow Food showcase!

Taste Porto’s most recent addition to its tour roster pairs local snack foods with locally produced craft brews. Participants in the Craft Beer & Food Tour sample and learn from a passionate beer educator and are introduced to the city’s must-visit beer spots. It is enough to flame any beer lover’s enthusiasm! 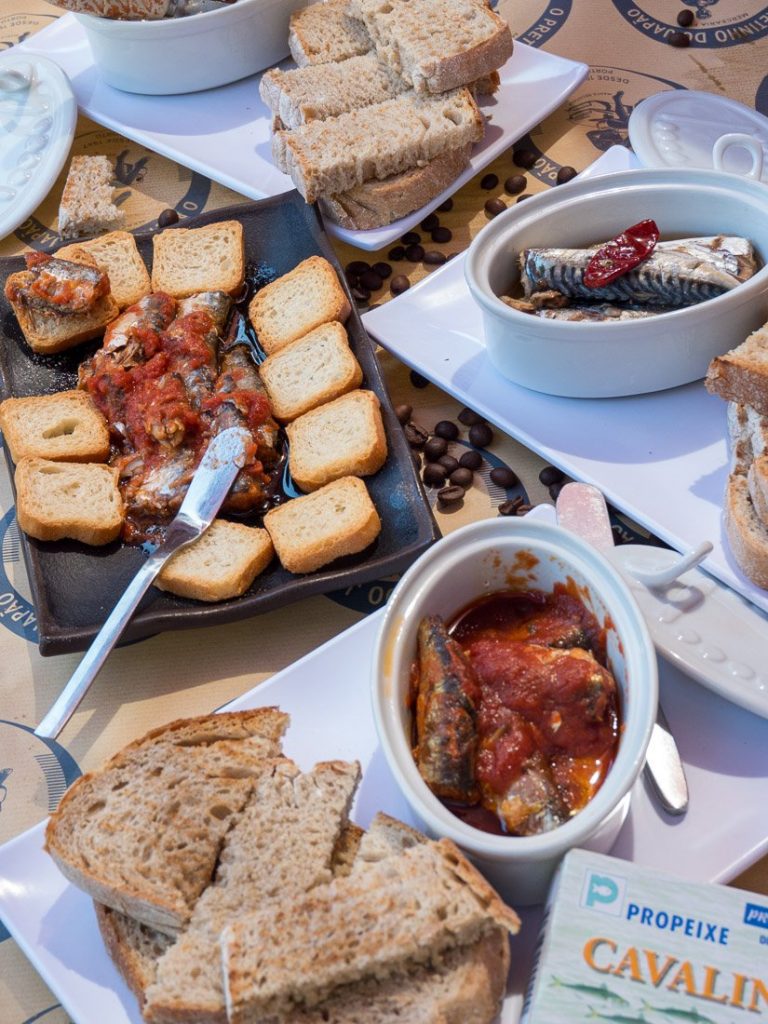 Since moving to Portugal, we have been delighted to join numerous culinary experiences led by Taste Porto Food Tours.

We’ve participated in collaborations, such as cooking sessions, a food photography walk for the first edition of Porto PhotoFest, even a cool video.

We cheered when André discussed port wine, cheese, and charcuterie with Anthony Bourdain on a Porto episode of the Parts Unknown series.

We have gotten to know several of the food and wine producers we first met on Taste Porto food walks.

And we’ve seen firsthand Taste Porto’s diversification and growth as talented guides have joined the team.

Today, as it has from the beginning, Taste Porto supports good works, donating a percentage ticket sales to AMI, a local organization helping the homeless.

Who knows what the creative team behind Taste Porto will think of next?

Thank you to APTECE, the Portuguese Culinary Tourism and Economic Association, and Turismo de Portugal, for bringing us to Portugal in the first place, and to everyone at Taste Porto Tours for making us feel so at home in Porto!