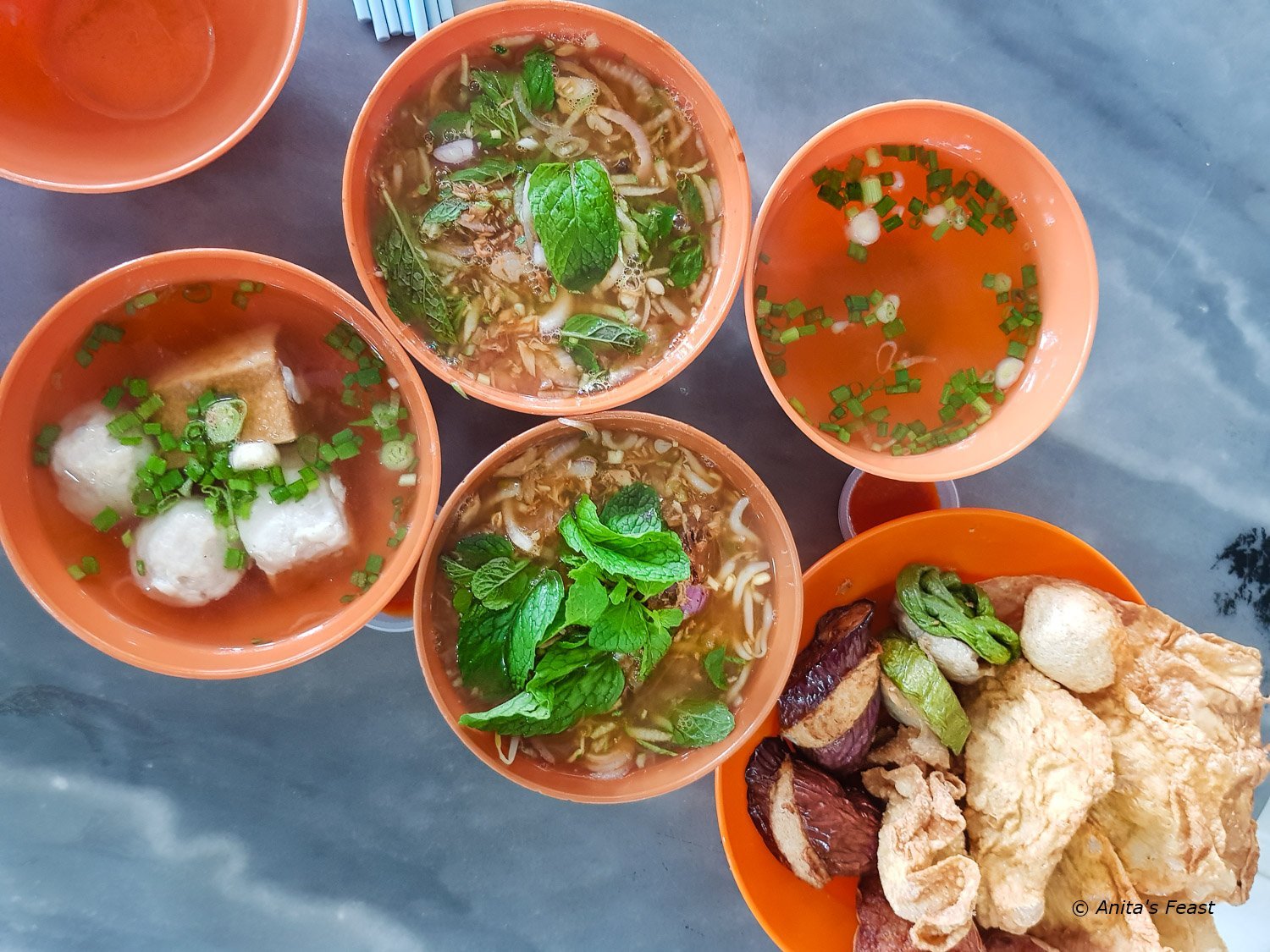 If we made a mistake in trip planning while in Malaysia, it was to visit Penang, “an eater’s paradise”, then Ipoh, back to back, without a break in between. We had come to Ipoh after several days of stuffing our faces in Georgetown, and it would have been a good idea to take a timeout before diving into the flavors of Perak state. That did not happen, though, and we were in Ipoh for just a short stay.

An up and coming food travel destination

Ipoh, in the Malaysian state of Perak, once just a rest stop on the way to Penang foodie heaven, has in recent years had some very good press as a rising tourism star in Malaysia. The country’s third-largest city is just two hours from Kuala Lumpur by car or train, and Malaysians make the journey often, to enjoy Ipoh’s laid-back style and eclectic ambiance.

They frequent the cafes with international menus and western dishes, but they mix it up too, satisfying nostalgic cravings for traditional flavors in old-style coffee houses and night markets. These were the foods Tom and I looked for, and found, under street canopies and in traditional kopitiam sandwiched between the trending hipster cafes.

In Ipoh, our days began with coffee and pastries, then moved quickly to a variety of savory options. It seemed that almost every dish presented a complex flavor profile that varied from place to place, and bowl to bowl. Here are our personal favorites—mostly noodles bowls—from a much-too-brief visit to this burgeoning food capital.

White coffee is a Malaysian brew, introduced in the 19th century by Hainanese migrants who came from China to work in the local tin mines. Aromatic and smooth, the drink was invented in Ipoh as a modification to western-style coffee, or so I’ve read. In any event, white coffee is a must-try in Ipoh, if you want to fit in with the locals. 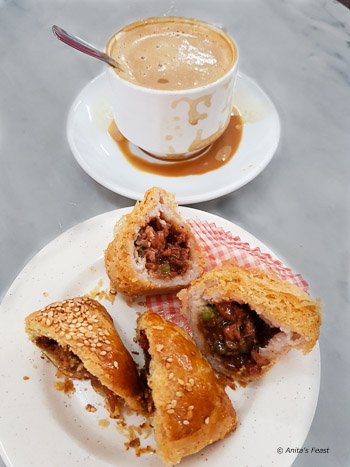 The original white coffee was made from coffee beans roasted in palm oil margarine. The drink was named for the roasting process, without additives or other ingredients. The ground beans were brewed and served with sweetened condensed milk.

White coffee is also marketed as a 3-in-1 mixture, combining the instant coffee powder with non-dairy creamer and sugar. It’s popular, but Ick!

Hong Kong-style egg tarts are served all over Malaysia, but make our list because the egg tarts we had in Ipoh were so good. The very popular Hong Kee Confectionery makes a richly multi-layered egg tart, available at the family stall in Weng Seng kopitiam or in takeaway boxes. And we really, really liked the Cantonese egg tarts at Nam Heong, with a crispy, satisfying bite and a melt-in-your-mouth wonderful filling.

Malaysian noodle dishes and soups are wonderfully complex in flavor and texture, and most of our memorable food moments in Ipoh involved noodles and bowls of soupy goodness. In Ipoh, crunchy/silky, sour/sweet, and spicy to personalized heat levels joined to deliver memorable eating. The wow factor just kept coming!

Ipoh’s signature dish is Nga choy kay, or “beansprout chicken”, which is actually three dishes in one—soup with flat rice noodles, poached chicken, and peppery beansprouts. Locals claim the bean sprouts in the Kante Valley are crunchier and juicier than elsewhere, thanks to the special quality of water from the limestone hills. Kai see hor fun is another flat-noodle soup, but with prawns and in a broth of chicken bones and prawn shells.

Ipoh curry mee has less coconut milk than versions from other parts of Malaysia, and there is also a dry curry version. Both include Indian spices and may be enhanced with a gravy enriched with curry oil, garlic, and pork lard. The soup comes with a noodle of choice and a bowl of roast and barbecue pork, prawns, chicken, and bean sprouts. A tip from locals: Order mixed noodles for maximum texture contrast.

Hakka mee features flat egg noodles topped with bean sprouts and minced meat caramelized with soy sauce and fish sauce and a splash of chili and garlic-ginger sauce. If that’s not enough umami, order a bowl of meatball or fish-ball soup to go with.

Sar kok liew is a patty of yam bean and fish paste rolled in a bean curd sheet and deep fried. Yong tau fu is tofu or vegetables stuffed with fish or pork paste, cooked and fried to order.  We had both at Dai Shu Geok (Big Tree Foot) in Pasir Panji, where fried bean curd skin, stuffed okra, eggplant, and long beans, boiled eggs, plus a variety of soups, dipping sauces, and fruit drinks rounded out the feast. It was a splendid combination of crisp, hot, sour and sweet! Dragon fruit juice, ice-blended and magenta-hued, was a refreshing accompaniment.

Locals will tell you two days is not long enough to explore the wonderful foods of Ipoh, and we agree 100%. This is a multicultural town where the locals mix languages with abandon and appreciate each other’s cuisines (the Muslim Malays don’t eat Chinese food, but there appears to be respect between the communities).

Even in tourist areas, there is virtually no loitering after finishing one’s meal, and it’s not rude to queue behind a diner, so you can claim the next empty seat.

In Ipoh, it’s all about eating!

If you have an opportunity to sample the foods of Ipoh with people who live there, take it! Our day of food adventuring with Ipoh natives Kim and DQ was one of the best of our entire time in Malaysia.

For more about the foods of Ipoh, read Malaysian film producer and radio and television host Mynn Lee’s description of her food-centric weekend in Ipoh.

The Ipoh Tourism Board provides an online Ipoh City Food Guide, with descriptions and contact details for places to eat, drink and sleep in Perak’s capital city.