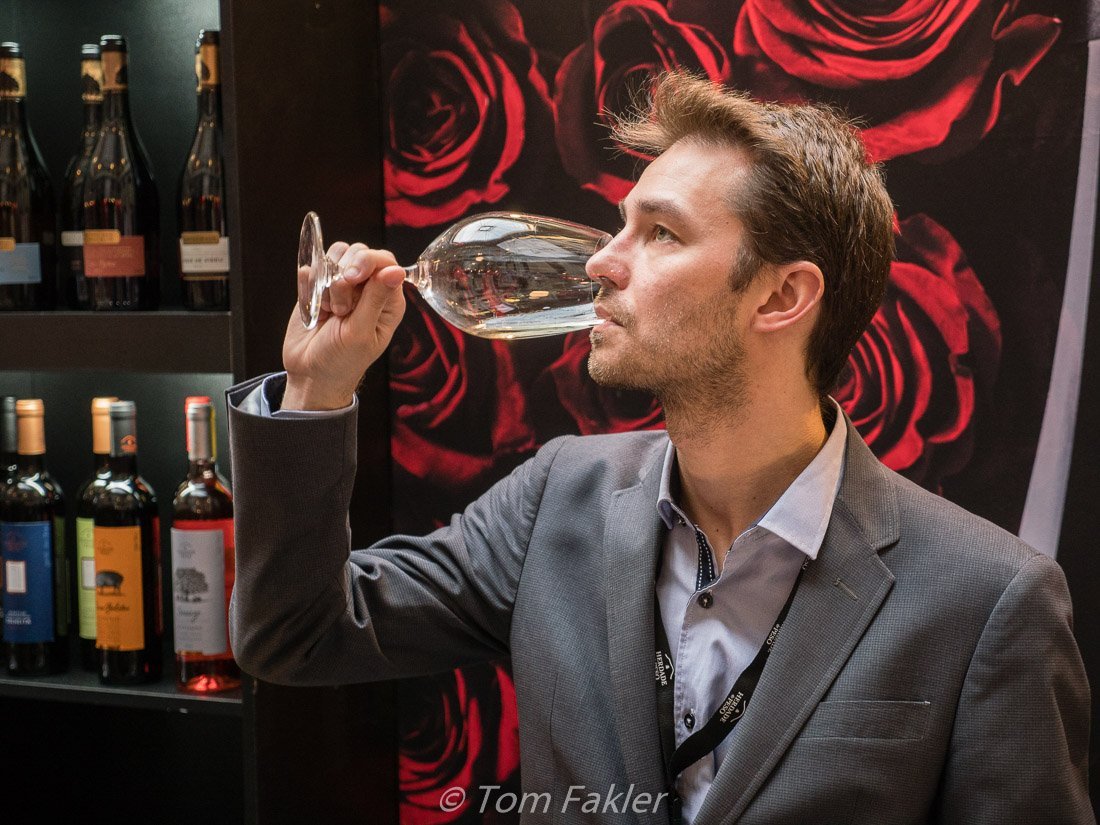 It’s February, and time to celebrate Portuguese wine! Essência do Vinho, the country’s most important wine fair, has just concluded in Porto. Simplesmente Vinho, a more intimate two-day event, showcased small producers from Portugal and nearby Galicia, Spain. The weather gods smiled on Porto last weekend, which made our wine-tasting ramble just that much more pleasant. Here is a glimpse into Porto’s lively wine extravaganza. 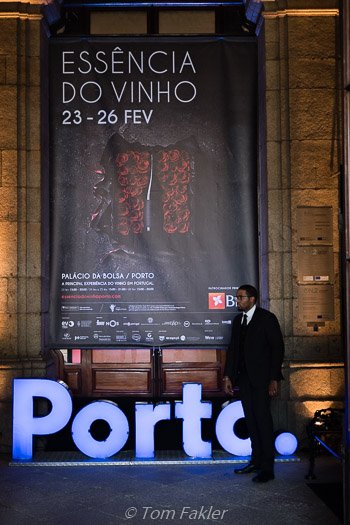 The venue alone is reason enough to attend Essência do Vinho. The annual wine fair is held in Porto’s stunning Palacio de Bolsa, crowned with its grand glass cupola. Vendor tables filled the ground-floor central courtyard, as well as the rooms and balconies of the second floor. Tastings and producer presentations were held in several places, but the most spectacular setting was the gilded Salon Arabe, with its lavish decoration and soaring arches.

Hundreds of producers, both Portuguese and foreign, presented thousands of wines for tasting at Essência’s 14th edition, and a panel of international tastemakers announced their selection of the top 10 Portuguese wines. An extensive program of guided wine tastings (mostly conducted in Portuguese) rounded out the experience. Thankfully, tastings with individual winemakers came with personal discussions in English!

We especially enjoyed an opportunity to meet with selected vintners as part of the Portugal Wine Connection, a session bringing together producers/winemakers and international journalists. We can’t wait to visit the winemakers we met there!

At the Portugal Wine Connection, we spoke with vignerons about their offerings for wine tourism.

We are Vignerons, we are Artistic … We are Solidarity.

A sensory exhibition combining taste, sound, and visual arts, Simplesmente shines a spotlight on the art, as well as the science of making delicious wines. And because Simplesmente is a smaller show, it is much easier to corral a winemaker, who has pre-selected wines to showcase their preferred offerings. There was no way for Tom and me to try wines from all 84 producers at Simplesmente, but we did our best!

The 2017 wine fairs in Porto mark one year for Tom and me at home in Portugal. Last year, just four days after arriving here, we scurried about in a driving rain, trying to locate Simplesmente with the help of a smartphone that had lost its way. We were impressed but overwhelmed at our first Essência do Vinho. Happily, we were invited to a spectacular vertical tasting of Graham’s port wine colheitas, which more than made up for the daunting weather and crowds.

This year, for both Essência and Simplesmente, we were delighted to connect with a number of winemakers we have gotten to know over the past year, and to taste wines new to us, especially from small producers. We look forward to spending time with more of them through the coming seasons!

The way of Port: a passion for the vine in Portugal’s...

Our five top travel experiences in 2014