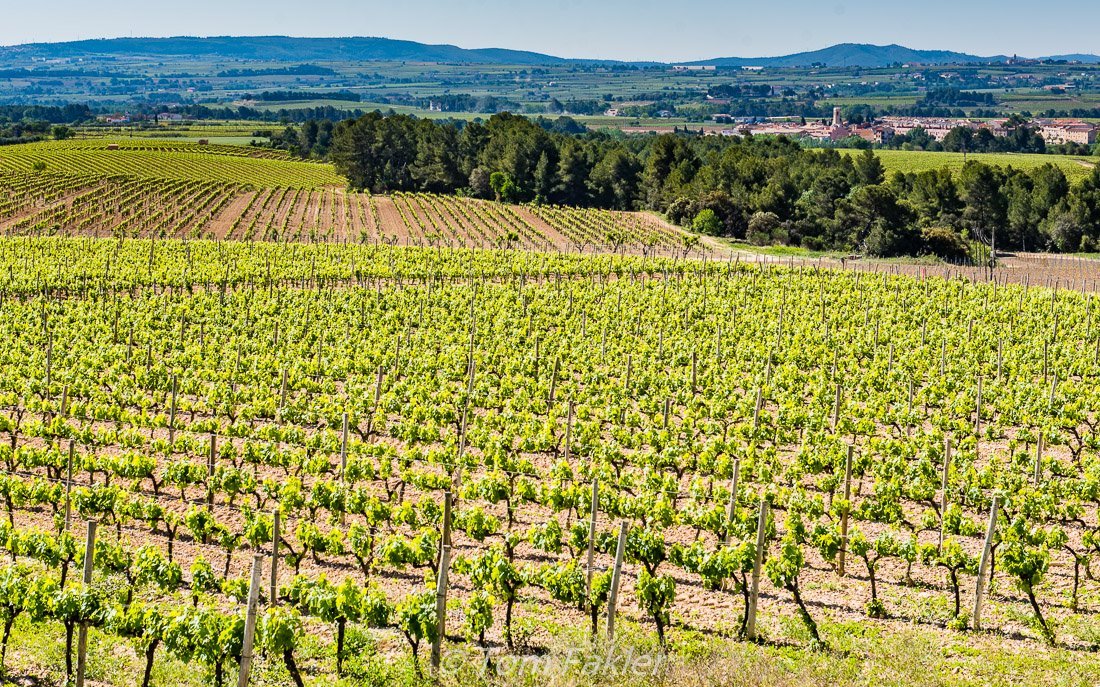 “The more we care for the earth, the better our wine.”

Penedès is the largest of Catalonia’s eleven wine regions, stretching between Montserrat and the Mediterranean Sea, half way between Barcelona and Tarragona. Winemaking here is a millennia-old tradition, dating back at least to Roman times. Subdivided into several zones, Penedès features limestone, sand and clay soils, a Mediterranean climate, and numerous microclimates. Best known for bubbly white cava, Penedès also produces some fine reds and chardonnays, as Sommelier Steve Olson showed us on our Windstar culinary cruise last April.

Internationally famous wine brands from Penedès include Jean Leon and Miguel Torris, and the beautiful wine cellars of the region’s largest Cava companies, such as Freixenet, date from the 1800s. After our cruise, Tom and I visited all three of these leading Catalonian producers on a one-day wine-and-cava tour from Barcelona with Barcelona Turisme. The tour offers an introduction to the wine-making region and gives three leading wineries an opportunity to showcase their products and histories.

The Jean Leon winery is located in the heart of Penedès. The founder, born in Santander, Spain, left post-war Europe and made his way to Hollywood. There, he made his reputation as founder (with James Dean!) of the famed La Scala restaurant in Beverly Hills. In the early 1960s, he repatriated to Spain to create one of the country’s first single-vineyard-estate wineries. He imported French grape varietals and sited 150 hectares of vineyards with views to the valley below. The winery, built chateau style amidst vineyards, produced its first wine in 1969.

In 1981, Bodegas Jean Leon’s limited-production “La Scala” wines were served at Ronald Reagan’s first gala dinner in the White House. The founder sold his winery to the Torres family in 1994, and received a guarantee to preserve the vineyard’s name and philosophy of French-style production. In 2008, the winery adopted organic farming methods. In 2012, it was certified organic.

At Jean Leon, we tasted cabernet sauvignon in three incarnations. As we toured the winery, we had a sip of wine from the most recent harvest right out of the fermentation tank. After our tour, we enjoyed a comparison tasting of “Vinya Le Havre” Cabernet Sauvignon Reserva and the highly regarded “Vinya La Scala” Cabernet Sauvignon Gran Reserva. For me, the full-bodied and balanced Gran Reserva, garnet red with complex aromas of spice, coffee and tobacco, and with smooth tannins, was the clear winner.

Jean Leon offers varied wine tourism activities and a club for enthusiasts of the founder’s story and wines.

Vila Franca, capital of the Penèdes region, is home to both Castellers de Vilafranca—Catalonia’s top human-towers team—and Spain’s largest wine producer, Bodegas Torres. The company was founded three centuries ago, with a passion for land and vine and concern for the environment. It is still family-run, and the Torres family takes pride in production processes that are modern and environmentally friendly: water purification and recycling, solar energy, electric vans and no pesticides or week killers.

The tasting at Torres was my favorite of the day, stressing the wines’ pairing qualities, with cheeses as the entry point. Fragrant Viña Esmerelda, produced from grapes grown in the Upper Penedès—fruity and floral—with a slice of brie. Atrium Merlot, aged in French oak, brought notes of red fruit and spices to a pairing with spicy, semi-cured goats-milk cheese. Gran Coronas Reserva Cabernet Sauvignon is aged in French oak and has an intense ruby color, notes of leather and spices, and complex tannins. It was served with spicy Manchego cheese. To finish, Floralis Moscatel Oro paired beautifully with a not-overly blue, blue cheese.

Freixenet in Sant Saurni d’Anoia is another large-scale producer and international company, known for cava, a distinctly Spanish beverage made following the traditional champagne method. The family’s wine-producing history dates to the 19th century, but the Freixenet company was founded to produce and market cava in 1914. Today, the fifth generation of the family produces cava from its own vineyards and those of more than 2,000 growing partners. Although all cavas are produced by the champagne method, and experience a second fermentation in the bottle, Freixenet observes a different aging period for each type of cava.

“Turn every occasion into something special with a bottle of Cava” 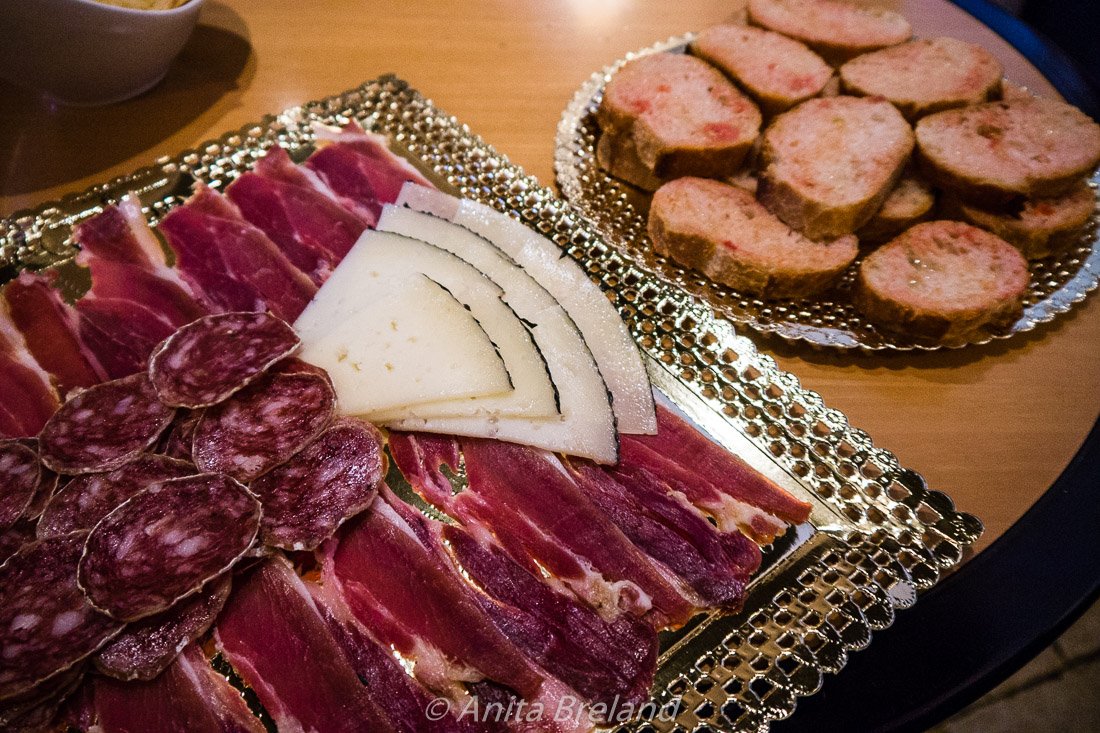 Thank you, Barcelona Tourisme, for a wonderful day in the Penèdes countryside!

Olive oil on the gourmet table in Vila Real, Portugal