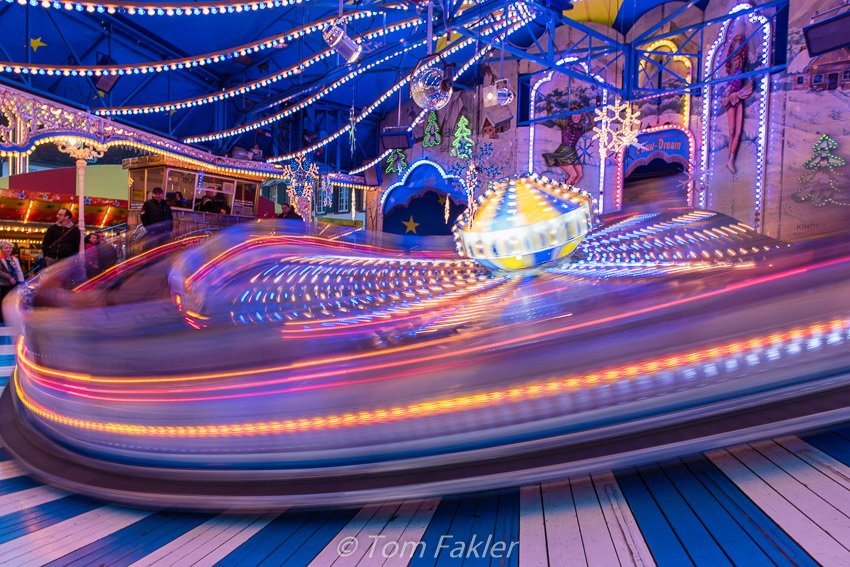 When Basel’s Herbstmesse opened two weeks ago, trees at the Munsterplatz and along the Rhine were still in leaf, billowing bright yellow and burnt orange. Vines clambered red up the sides of medieval buildings in the Old Town, a vibrant sign of autumn that colored cool days and cooler evenings. By the fair’s final weekend, leaves had fallen and rustled underfoot, and tree limbs were mostly bare; the vines had begun to fade. For Herbstmesse’s final bow, the glory was back in the skies–blue and sunny–and temperatures were balmy, almost summer-like. What a way to turn the page to November!

Switzerland’s oldest autumn fair turned 545 this year, continuing a centuries-long run that began in 1471 when the Holy Roman Emperor, Friedrich III of Germany, bestowed upon Basel the right to hold a market–actually two markets–one in spring and one in autumn. At the beginning, local merchants were loathe to welcome outsiders to share in their profits, and the spring market was discontinued just 20 years after it started (now back as Basel’s spring-time muba exposition). The Herbstmesse kept going, though, and has been held annually with a few interruptions for war and pestilence. 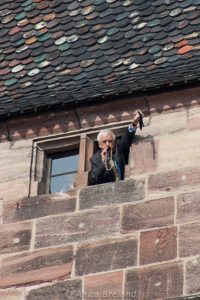 Since 1926, the fair has opened on the last Saturday in October, following a quaint and centuries-old tradition: announcement from the bell tower of St. Martinskirche, precisely at noon. Two weeks later, impending closure of the fair is signaled the same way. The bell ringer is compensated in gloves–one dispensed at the opening of the fair, the other when his Herbstmesse duties are done. When Tom and I have watched the brief ceremony, it included a waving of the glove and a few minutes of tootling on a tiny brass horn, followed by a ten-minute clanging of the St. Martinskirche bells.

Here and now, all over town

The Herbstmesse is popular with Basel citizens, and increasingly welcomes guests from around Switzerland and abroad. Set in venues across the Old Town–this year, seven in total–the fair’s attendance numbers about one million visitors, estimated to part with CHF 75 per head for entrance to rides and attractions, food and drink.

New attractions are introduced each year, but much remains constant and the venues have the personalities of their neighborhoods. Like Basel itself, Basler Herbstmesse is an evocative mix of old and new, nostalgia and modernity.

Petersplatz, a popular green sward between the classrooms, botanical garden and hospital premises of Basel University, is heavy on nostalgia. There are many attractions for little ones–including a playland with a castle, costumes and rides without motors. Stands feature the works of artisans from around Switzerland and abroad, and there are numerous eating and drinking outlets lining the alleyways of the tree-covered square.

Munsterplatz provides the best views, from its gentle giant of a ferris wheel, which glides up and over ancient rooftops. Below, the anthracite glitter of the Museum of Culture’s faceted roof slices at angles through the surrounding medieval architecture. With perspectives like this, riders on the Herbstmesse ferris wheel have a beautiful complement to a stroll on Cathedral Hill.

Barfusserplatz is a pint-sized fun fair, with several whirring, plunging rides jammed into the smallish square between Barfuserkirche and the Lohnhof, a former prison. Claraplatz, across the Rhine in Klein Basel, is an even smaller venue, with its carousel and bratwurst and candy stalls. Also in Klein Basel, Kasernenareal, its boardwalk installed over the grassy field, has a youthful vibe with plenty of excitement.

Messeplatz, Basel’s exhibition center, has the most contemporary feel of all the Herbstmesse locations, plus complementary exhibitions devoted to wine, gourmet foods and house wares. Lots of food stalls, trams in motion and all the Herbstmesse noise one might expect, connect the Messeplatz and Rosentalanlage venues. At the latter, more spinning and whirling, interspersed with old-fashioned bumper cars and a fun house. Trampolines and a car track are popular with the youngest riders.

At all Herbstmesse venues around town, the aromas of grilling sausages, roasting almonds and sugary confections seduce fair goers. Much of the food is fried or grilled, and much of it as sugary as the cotton candy I remember from the Texas fairs of my childhood. Savory fair includes Raclette, piadinas, fish and chips, risotto, crepes, burgers and more. This is not fine dining, but highly satisfying. 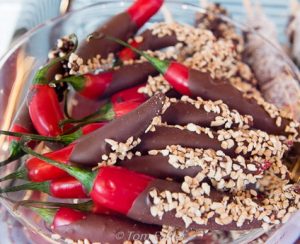 Sweets are everywhere: from chocolate-covered fruit to cotton candy, to Belgian waffles and a variety of Swiss specialties from different parts of the country. One must-try item unique to this part of the world is Magenbrot (stomach bread), made with roasted almonds and spices, and considered an aid to digestion. Another interesting option:  peppers dipped in chocolate and rolled in crisped rice–a slightly spicy alternative to chocolate-dipped bananas and strawberries. Beverages to choose from–besides soda and water–include steam-brewed coffee (to go with a Cornish pasty), wine, beer, and Gasozza from Ticino.

As the rides and shops for the Herbstmesse are taken down, those for the Christmas markets are just about ready to install. Basel’s festive season has begun!