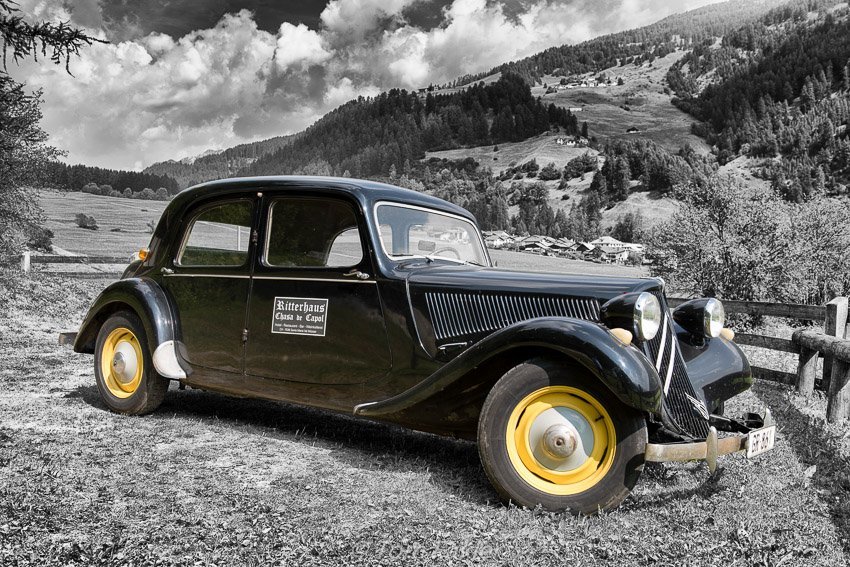 Canton Graubünden is Switzerland’s largest, its varied landscapes and villages offering much for discerning travelers to discover. Tom and I recently spent a week exploring three Graubünden valleys, where we were treated to diverse local attractions and extraordinary hospitality. We began our tour in the far reaches of the canton, after putting our car on the “car ferry” for a 20-minute ride through the Vereina Tunnel to the lower Engadine. Our first stop was a nostalgia-rich stay in the village of Santa Maria, a few kilometers shy of Switzerland’s easternmost border with Italy.

Val Müstair stretches from the Swiss National Park and the Ofen Pass to the border of Südtirol (South Tyrol, or Alte Adige to Italians). The valley is dotted with picturesque villages set in lush meadows. Val Müstair is also home to one of Switzerland’s UNESCO World Culture Heritage sites, the Benedictine Convent of St. John. Our base was the Ritterhaus Chasa de Capol in little Santa Maria.

We visited Val Müstair in summer as hay was being harvested, by machine and just as often, by hand. The rich fragrance of new-mown hay was our first sensory experience in this place of nature and long-standing traditions.

The Ritterhaus, or Knight’s House in Santa Maria, originated in the 12th century as a hospice with a refectory and private chapel. In the late Middle Ages, it welcomed singers, poets and politicians as guests. The cellar is much older, dating back to the 7th century and the time of Charlemagne. The manor house takes its name from the Venetian Polo family, who were made counts in the 15th century and served as the secular administrators of the nearby Convent of St. John in Müstair. The house truly creaks with history, with wide-planked floors, several rooms paneled with Arolla pine, tiled stoves and a vaulted chapel. The last Capol died in 1838, and the house stood empty for over one hundred years, until the 1950s.

Sixty years ago, Ernst T. A. Schweizer, a musician originally from Basel, purchased the property, and gradually made it into a hotel. He was for a number of years the artistic director at the Teatro La Fenice in Venice, and memorabilia from those days reflect the family’s long connection with Venice. Ernst Schweizer’s son Ramun trained in hotel management in Lucerne, and has now taken over management of Ritterhaus Chasa de Capol, assisted by his wife Elvira.

Today, Chasa de Capol has just nine one-of-a-kind rooms, rambling higgledy-piggledy across the three structures that comprise the hotel. Accommodations are snug and comfortable, furnished in an eclectic mix of antique pieces and with homey touches.

The Schweizer family delivers attentive services with nostalgic flair, and Ernst Schweizer still entertains guests with his stories of Venice and the Capols.

“We live for this…it’s a question of heart!” 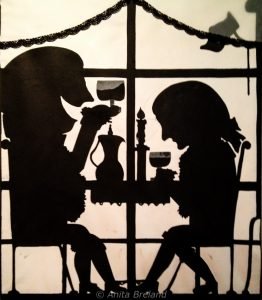 The unique treasures of the house–many of them associated with theater and music–can be seen on a guided tour of the premises. Among other treasures is a gilded mirror that hung above Verdi’s piano as he composed La Traviata, and a piano upon which both Chopin and Liszt–said by some to be the first “rock star” of classical music”, played in Paris. The 500-year-old hospice kitchen, blackened by ancient cooking fires, is still used on special occasions, such as the annual “Sylvester program” celebrating Christmas and New Year.

Chasa de Capol has a fine in-house restaurant, popular with both locals and guests of the hotel. Meals are served in the Rittersaal, an atmospheric dining hall adjacent to the kitchen, where Ramun Schweizer, a trained chef, wields his copper pots and pans. In fine weather, meal service shifts to an outdoor terrace. In the evenings and in winter, guests gather with the owners before a fire in the Marco Polo bar.

Ritterhaus Chasa de Capol has been a member of Swiss Historic Hotels since 2006.

“Our mission is to keep this house alive!”

The beauty of Ritterhaus Chasa de Capol lies in its quirky charms, an excellent kitchen and a superb location for exploring the valley. This is a place to set aside notions of a conventional hotel, and revel in good food and the warm hospitality of a family intimately connected to Val Müstair and the timeless history of a unique establishment. 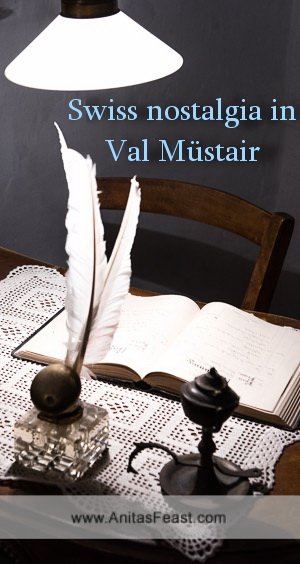 Many thanks to Ritterhaus Chasa de Capol for hosting our first visit to Graubünden’s Val Müstair. It won’t be our last!