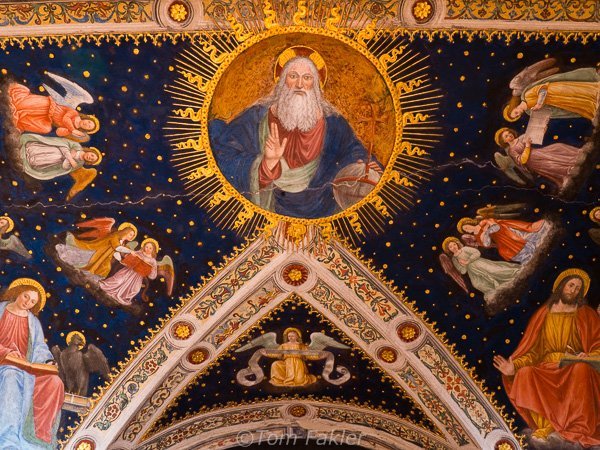 Perhaps the biggest discovery of our recent visit to Milan was an exquisitely decorated Renaissance convent in city’s historic southwest quarter. The church provides insight into the world of cloistered ladies during Milan’s Renaissance heyday, as well as a chance to see the impact Leonardo da Vinci had on the city’s artists and their work. What a treat!

Sometimes called “Milan’s Sistine Chapel” because of its profusely–and beautifully– decorated walls and ceilings, San Maurizio al Monastero Maggiore was once home to an important Benedictine convent. The convent was founded in the early 16th century, and many of its cloistered residents were noble ladies. Nothing about its plain exterior prepared me for the riot of decoration inside. 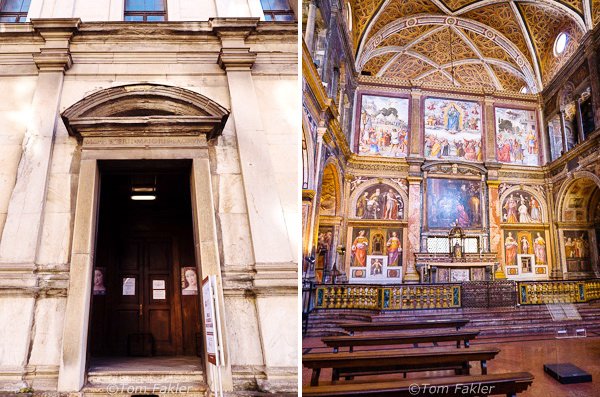 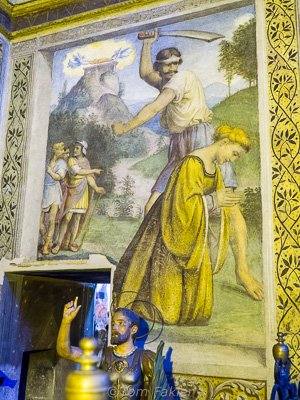 Built on an ancient Roman site, the church was decorated in stages over several centuries, every interior wall covered in luminous colors befitting the pomp of Lombard aristocratic taste.  Many paintings in the church were commissioned by the powerful Sforza family, the primary sponsors of Leonardo da Vinci.

The church is entirely frescoed by prominent Lombard painters, including Paolo Lomazzo, Bernardino Luini and his two sons. In particular, frescoes by Bernardino Luini, a student of da Vinci, blend the sacred and the profane, using members of the court as models for portraits of saints. Most of the numerous religious and secular works of the Milanese painter have been lost, so San Maurizio is the best place to see his works.

The 16th century Countess of Challant may have been the model for a fresco of the beheading of Saint Catherine. The thrice-married countess was known as a “black widow”, and was eventually denounced and beheaded herself for doing away with her first two husbands!

In the late 1500s, at the instruction of Archbishop Charles Borromeo, who oversaw application of rules promulgated by the Council of Trent, a painting was added to cover the grill-work that had previously allowed the cloistered nuns to view church services in San Maurizio. A small door in an ornately decorated wall provided the cloistered nuns behind the grill with access to communion. 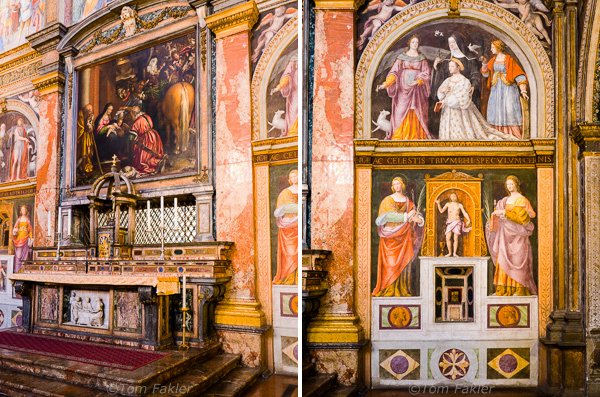 The nuns’ choir behind the grill-work is as ornamented with paintings as the church out front. Within light streaming in from a window at the back, the atmosphere is serene and contemplative, despite the many frescoes lining the walls of side chapels and the clerestory of the choir itself. The choir features an organ (1554) by Gian Giacomo Antegnani, with doors painted in tempera by Francesco Medici. 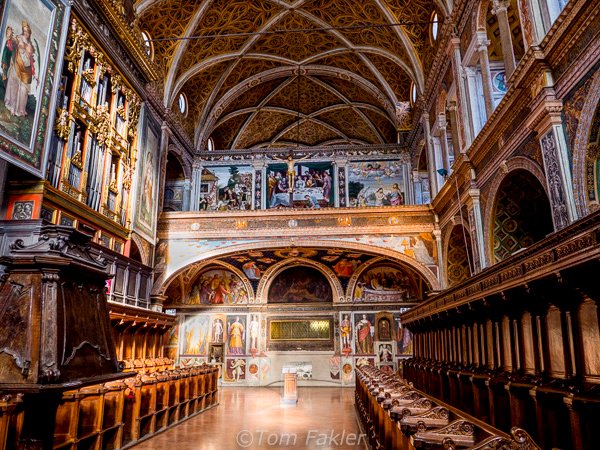 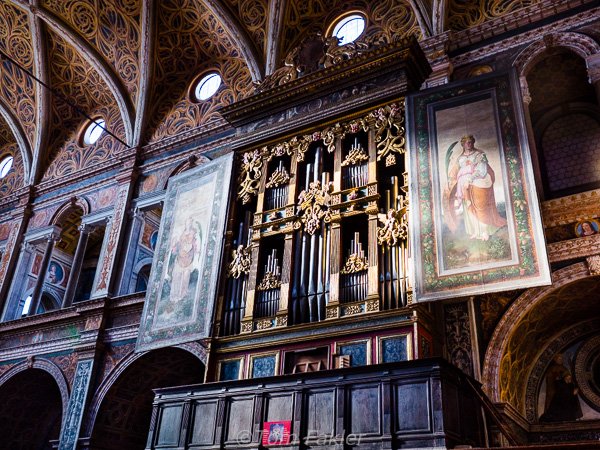 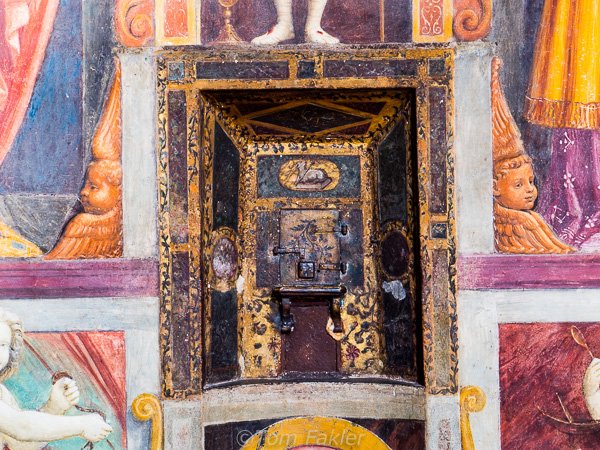 The Archaeological Museum of Milan now occupies a portion of the convent. The Italian Touring Club’s   Aperti per Voi  (Open for you) initiative, promotes the opening of a number of cultural sites across Italy (in Italian) through the collaboration of Volunteers for Cultural Heritage. San Maurizio is just one of fourteen Aperti per Voi  sites in Milan.

San Maurizio is Located at the corner of Via Luini and Corso Magenta, and is easily accessible via public transport. This Milan Tourism web page lists the metro, tram and bus lines to take.

My husband and I toured historical Milan with Ludovic Goudin of Walks of Italy, who offer a variety of tours in Milan and other Italian destinations.

Thank you for a great introduction to the city!