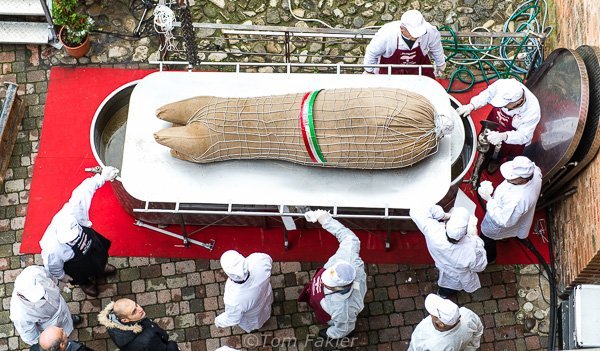 Emilia Romagna is a gastronome’s paradise, its culinary bounty celebrated with great fanfare through the autumn harvest season. Wine, fish, meats and cheeses–all kinds of local products have their own festivals, starting in September. For a quarter of a century, one of the last festivals of the season celebrates the craft of cured meats: the Super Zampone festival, held  in early December.

Made from the front trotter of a pig, zampone is a popular Italian New Year’s Eve tradition. The trotter is stuffed with a mixture of lean meats, belly and back skin and neck fat, and seasoned with cinnamon, coriander, cumin and cloves. At home, zampone is boiled and served with lentils (for good luck) or stewed white beans, and mashed potatoes.

Since 1989, members of the Association of  Cured Meats Masters in Modena have celebrated their craft with the Super Zampone festival in little Castelnuovo Rangone, not far from Modena.

How big is big?

Hugeness, as well as flavor, is the goal: the 2012 zampone was big, at 912 kilos. The largest zampone before that weighed in at 942 kilos several years prior. Each year, more than 20 local butchers work together to feed several thousand festival-goers. The enormous sausage is cooked in the main square inside a big stainless steel zamponiera. The preparation begins on Wednesday, and by Sunday morning, the zampone is ready. 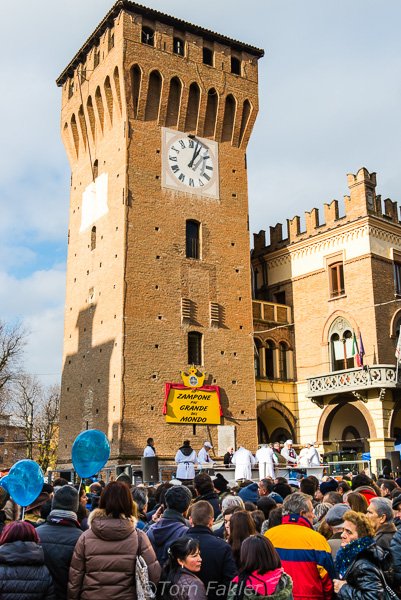 The streets of Castelnuovo’s town center are lined with tables selling zampone, pre-cooked and boxed in several sizes (There are other foods to try, as well, but they definitely play second fiddle).

Local dignitaries are on hand, and the event is carried on regional television. There is even a Miss Super Zampone to add a bit of glitz to the proceedings!

After the mega-trotter is hoisted by crane onto a carving table, the meat is carved with much ceremony, and served with a glass of Lambrusco, another local product. The purpose-built zamponiera will be put away until next year, and the next really-big-trotter fest. 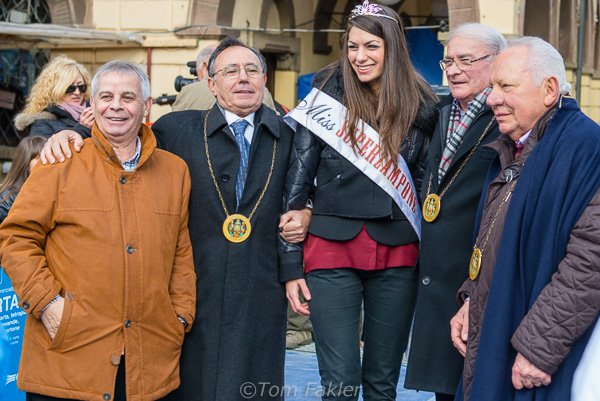 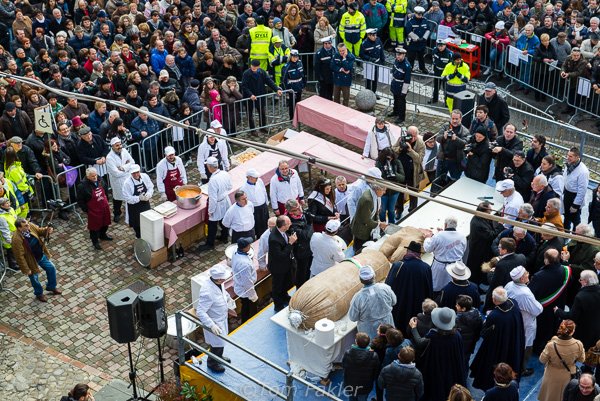 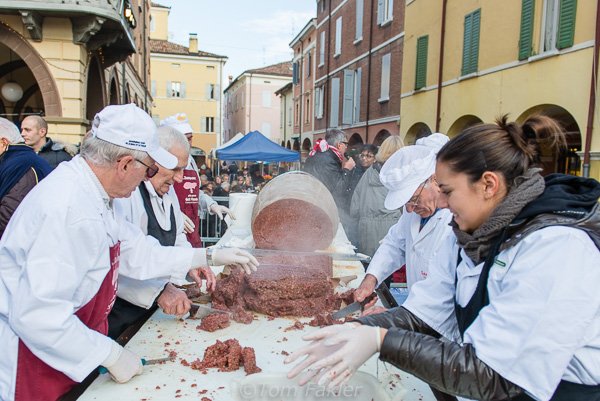 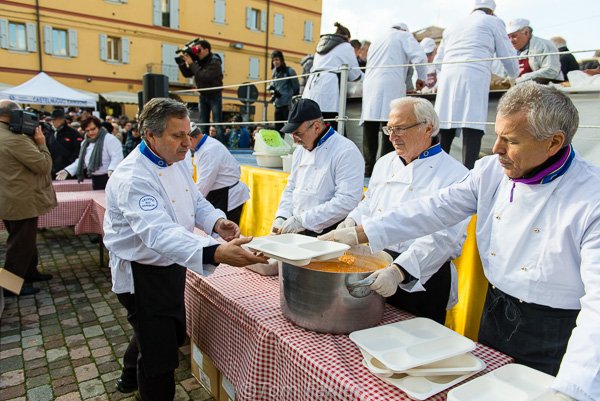 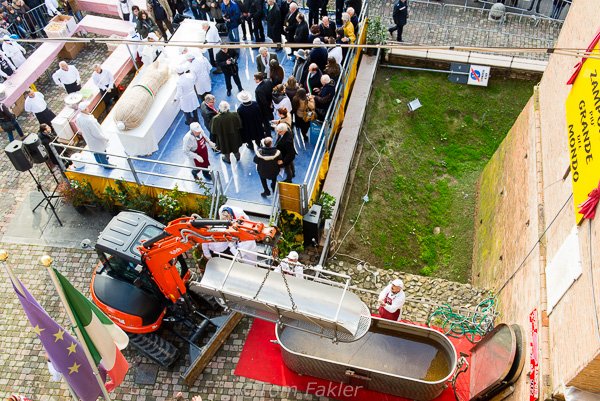 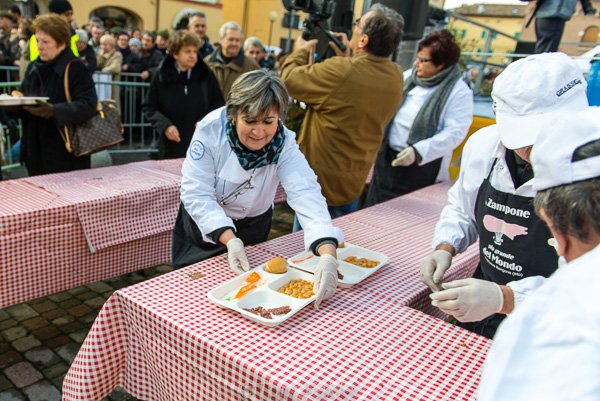 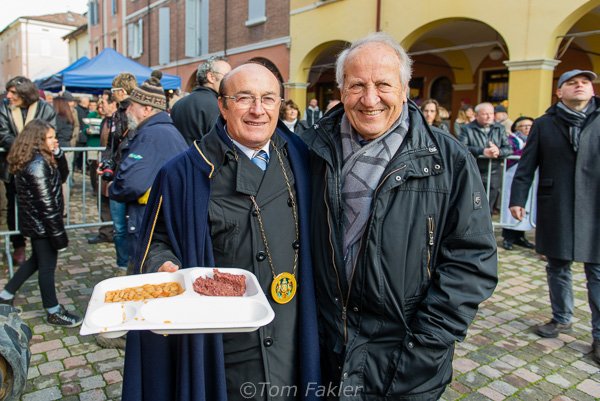 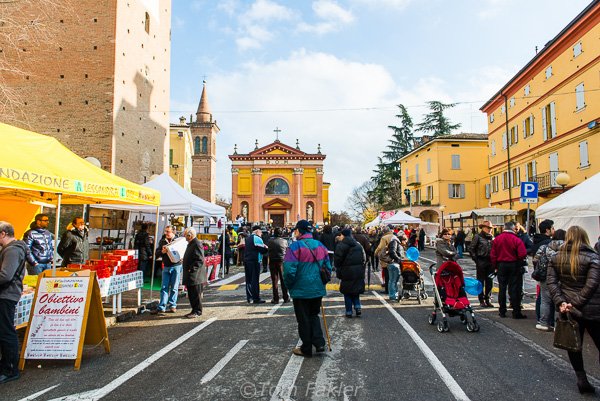 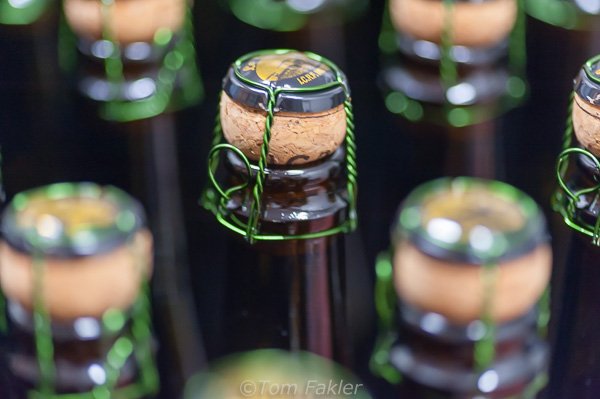 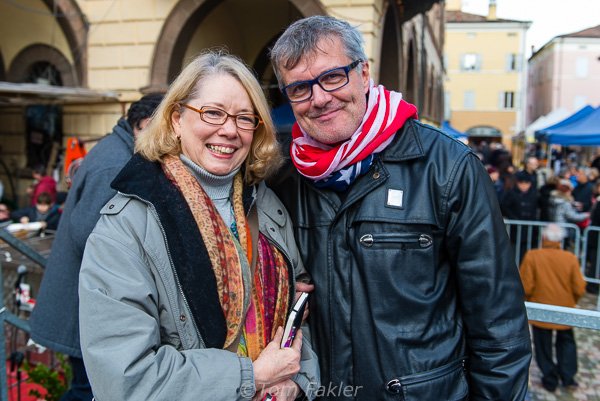 Honoring the ‘King of Zampone’

The 2012 festival was dedicated to the memory of Sante Bortolamasi, the founder of the annual celebration, and considered the “ambassador” for Super Zampone outside the region. 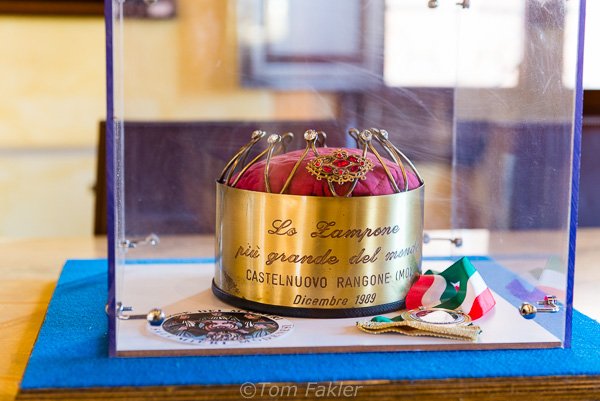 
Zampone is a very old tradition, a product created in the early 16th century. It now holds IGP certification from the European Union, protected by the Modena zampone and cotochino consortium.

On 7 December, 2013, the 3rd annual festival celebrating zampone and Cotechino Modena IGP will be held in Modena. It  will feature celebrated Chef Massimo Bottura, presenting ‘The taste told to children’, a tasting lesson for the school children of Modena.

Through the lens: Modena, Italy

Grazie mille! to Emilia Romagna Tourism for hosting my stay in Modena, and introducing me to the wonderful people of Castelnuovo Rangone. Impressions and opinions are my own.