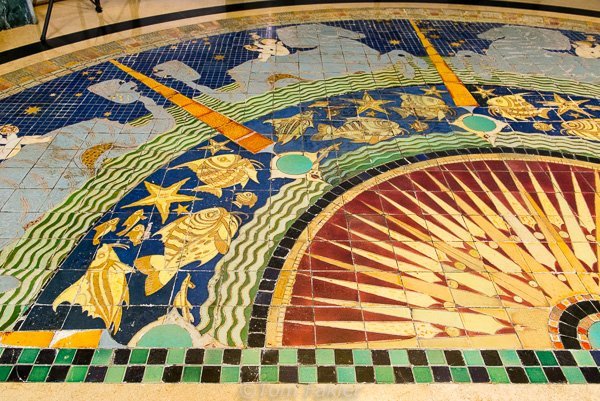 My husband and I were recently invited on a tour to explore rationalist architecture in the Forlì-Cesena province of Emilia-Romagna. We expected to see structures of monumental scale and regimentation, but in Castrocaro Terme, found an overlay of fanciful decoration, which lightens the mood of an often ponderous style.

The spa town was called “Salsubium” by the Romans, who valued its salty, sulphuric waters. The curative properties of bromoiodide contributed to Castrocaro’s prominence as a thermal treatment center in the 1830s. The Grand Hotel Terme di Castrocaro was built during the heyday of Italian rationalism in the 1930s. 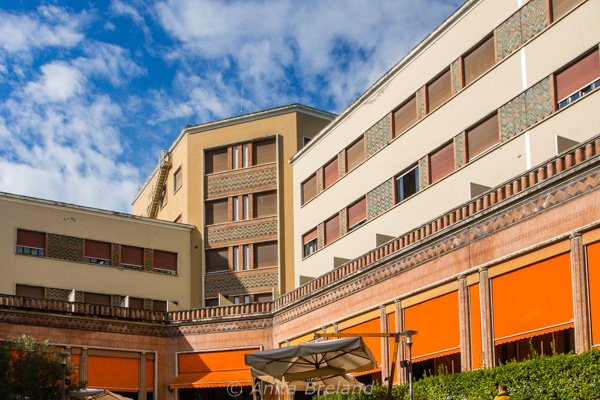 Today, the hotel and spa offer gastronomy, grand public spaces and treatments in surroundings beautifully restored and maintained. We enjoyed a coffee in a hotel lounge before having a behind-the-scenes look Il Padiglione, the hotel’s party pavilion. 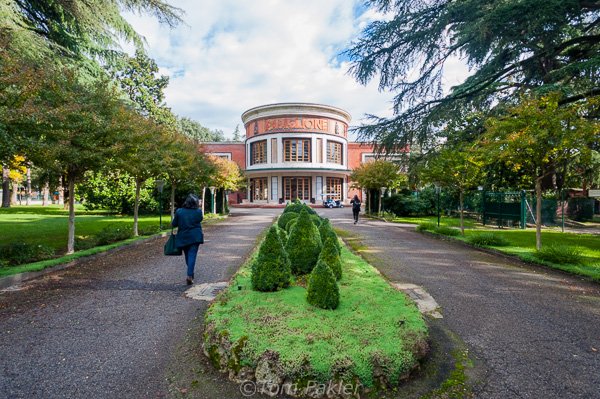 Located behind the hotel in a wooded park, the pavilion features decorations by Tito Chini, who brought together architecture, ceramics and decoration with exuberant originality. Il Padiglione is a veritable monument to Art Deco. Chini’s politics may have been abominable (he was an ardent Fascist until his dying day), but the decorative work of the rationalist pavilion is a magnificent display of his aesthetic sensibility.

Tiled floor mosaics featuring galleons in full sail, lighting fixtures from Murano, and decorative ceramics all contribute to the theme of water, expressed throughout the pavilion. 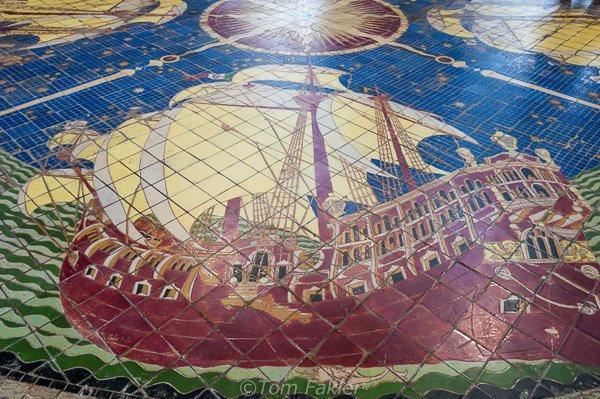 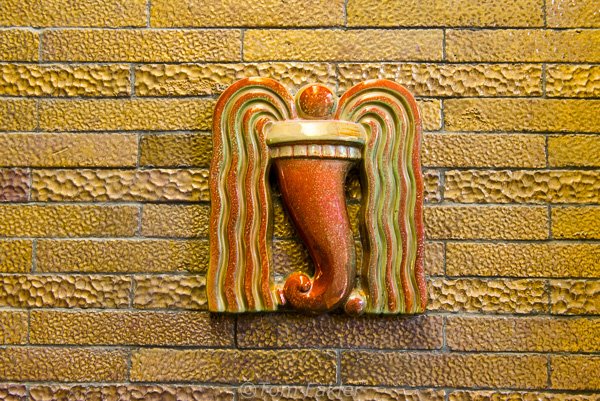 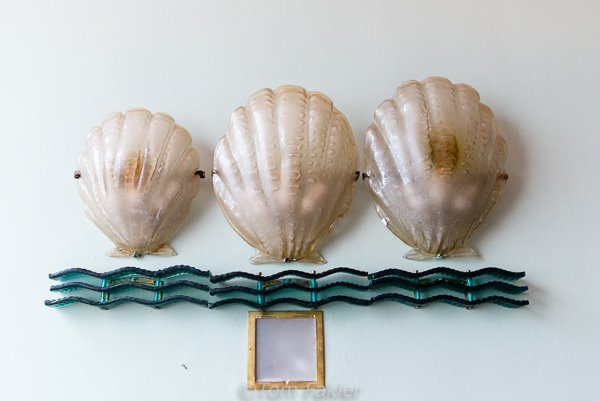 Since the late eighteenth century, an entertainment pavilion had been one of the architectural components of a European spa town. Castrocaro’s pavilion was created in the image of this earlier time, with the same functional spaces: a ballroom and annexes, lounges, a coffee bar, and rooms for reading, playing games, and smoking. Public spaces on the ground floor have now been adapted to modern requirements and uses, while the more specialized rooms were merely preserved.

The mayor of Castrocaro Terme welcomed our small group to the spa complex, calling Il Padiglione the jewel of his town. While the pavilion had little, if anything, to do with the life of the average Italian at the time of its construction, its transformation to a modern-day entertainment and business space seems appropriate.

The quality of both the original work and the restoration are impressive indeed!

A big thank you to the Comune di Castrocaro Terme e Terra del Sole for a detailed look at this period gem. Our visit was part of the Atrium Blog Tour sponsored by the Forlì Civil Council  and the Atrium European Project in collaboration with 21Grammy. Impressions of what we saw are all mine.