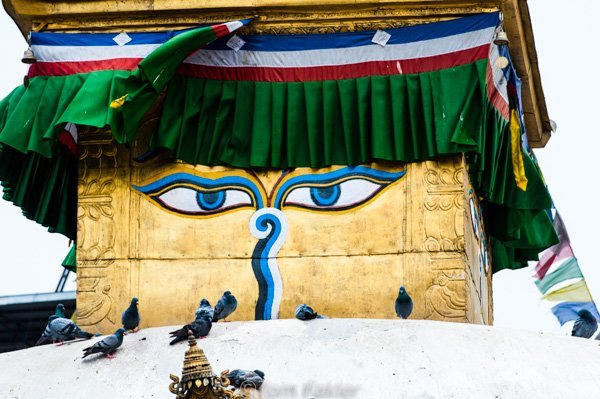 My first trip to Nepal was in 1977 when I trekked to the Everest Base Camp. For more than twenty years, I had dreamed of returning. When I heard about an opportunity to  participate in the restoration of a Buddhist Monastery in the lower Mustang Valley–across the country from the part of the Himalayas I had visited previously–I thought “WOW, let’s go!”.

A friend with Adventures in Preservation had introduced me to the folks at Restoration Works International (RWI). I signed on as the photographer on RWI’s Chhairo Gompa restoration project, traveling to Nepal in late April. First stop: Kathmandu!

The Kathesimbu stupa was still there, attracting pigeons, but much else had changed. Upon arrival, I found Kathmandu to be much larger than I remembered: polluted air, traffic congestion, not nearly the village atmosphere of years past. Masses of electrical wires coiled at intersections and drivers going both directions in the same lane reminded me of my time living in Phnom Penh, Cambodia a couple of years ago. As in that city, knock-offs of every imaginable product are widely available in Kathmandu.

Here are a few impressions from my first days back in Nepal, some things old and some things new.

One thing that has NOT changed is the omnipresence of Tibetan Buddhist prayer flags. After signing up for the RWI trip as a volunteer, I had booked air travel that would allow me to spend an extra month in Nepal, much of it back in the Everest region. Enjoying a golden sunset on my hotel terrace in Kathmandu, I was so glad I had, and looked forward to new adventures in the Himalayas.

Thank you Ortovox for supporting my trip with superb cold weather clothing and exceptional rain gear. 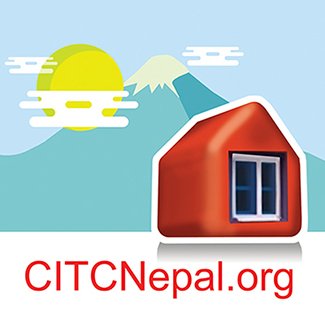