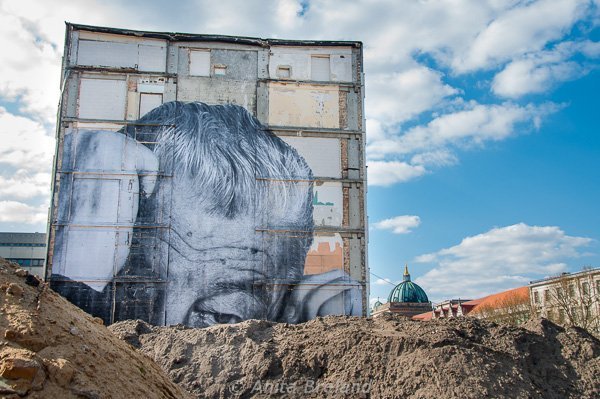 In Berlin a week ago, I had a chance to see ‘The Wrinkles of the City, Berlin’ by the French street artist and photographer JR. These fifteen or so black and white works were installed in April on buildings around the city. Thanks to a good friend with a car, she and I spent the better part of a glorious Sunday on a quest to find them. 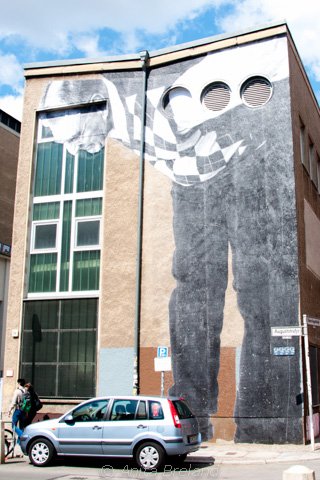 Examples of previous elements of the Wrinkles project—from Cartagena, Shanghai, Los Angeles and Havana—were on display at Galerie Henrik Springmann in Mitte. It was Gallery Weekend in Berlin, and the gallery also provided a handy map locating most of the works.

JR’s over-sized posters portray older people who have lived through the significant changes and upheavals of their city.

The works are impressively large in scale, exposed to the elements, ephemeral. 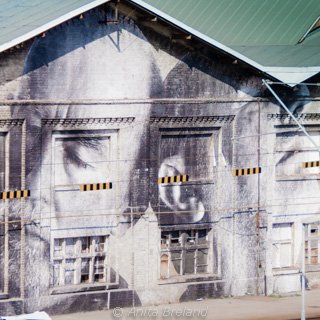 The photographs are about more than the individual, with the aim of highlighting the importance of each person. Through the artist’s portrayal of the dignity of these members of an older generation, each one becomes visible.

The individual life stories and what they have experienced show up in their facial features, just as Berlin’s history does on the buildings where JR posted the portraits:

In all, we found nine of the images–on buildings, on a water tower and under a bridge over the Rhine. Take a look! 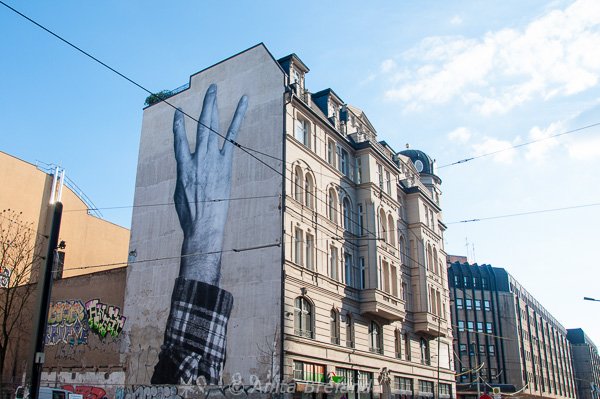 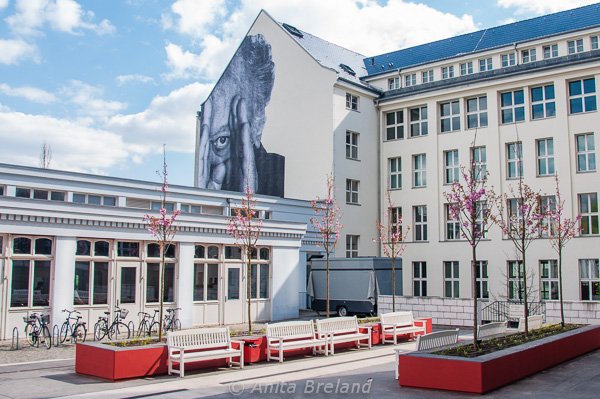 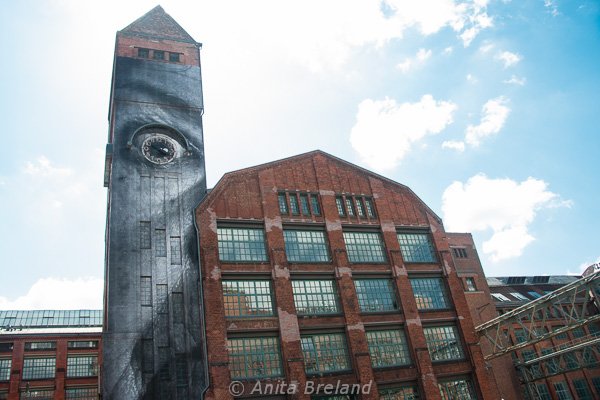 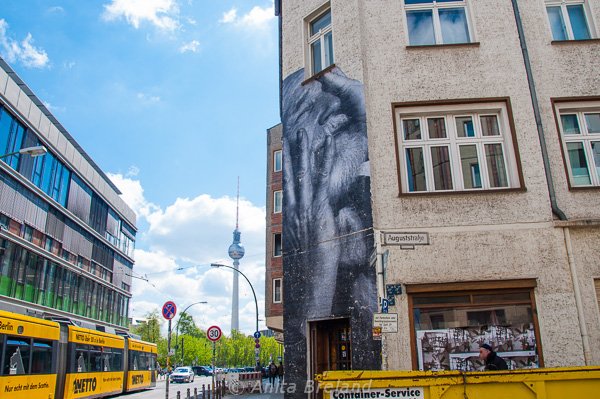 JR is now in New York, where he has been paving Times Square for Inside Out New York City. The Wrinkles of The City, Havana, an artistic collaboration with José Parlá, opened earlier this week at Bryce Wolkowitz Gallery in Chelsea.