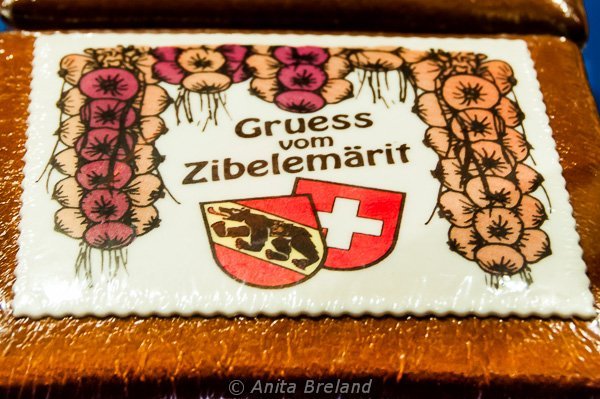 I’ve been to the Onion Market in Bern twice, once on a frosty, clear morning several years ago; and last Monday, mostly under an umbrella. Both times, I found the Bernese were out in force, enjoying a festival atmosphere that is uniquely their own.

Is it worth the Very Early Rise required to participate? I think so—if you’re in the neighborhood on the last Monday in November, the Zibelmärit is a great way to meet the people here at their lighthearted best.

In the Middle Ages, the changeover from the summer half-year to the winter half-year was celebrated on Martinmas, or St. Martin’s Day. A market which mainly sold goods for the coming winter was accompanied by festive meals, processions and torchlit parades. In the 15th  century, an Easter Fair joined the lineup, but both fairs were eventually superseded as shopping destinations by department stores.

The Bundesplatz is that most utilitarian of city squares: the large open space in front of the Swiss Parliament Building plays host to children’s play in the fountains in summer and demonstrations of one sort or another from time to time. The annual Onion Market is a party of another sort: the event, which draws a crowd of around 50,000 people, has been going on for 160 years or so.

Thank-you to the ladies from Fribourg


For centuries, the Saint Martin’s Day market took place on November 11th. It was a time for folks from the countryside to celebrate having completed preparations for winter: crops were in, produce was preserved or otherwise stored for the long, cold months ahead, and contracts were renewed. From the canton’s point of view, it was important, as well: taxes were collected, and accounts settled for another year.

From the 18th century, farmers’ wives from the Fribourg regions brought vegetables to Martinmas Fairs. They sold onions, but also endives, leeks, celeriac and black salsify, nuts, chestnuts and fruit. By 1860, the Onion Market was proclaimed as the “traditional” start of the annual fair.

A Swiss party at the Onion Market


When I moved to Switzerland, the 4:00am start for Basel’s carnival struck me as pretty extreme. For the Bernese, the start for the Onion Market is early, too: stands open for business at 5:00 am; and nearby restaurants start serving at 5:30 am, and not just croissants and coffee. When I arrived at this year’s market just before 6:00 am, vendors selling mulled wine and coffee laced with grappa from Ticino were doing a brisk business.

A number of enthusiastic revelers tucked into cheese fondue, washed down with black tea and white wine. The Zibelmärit is a time for the Swiss to enjoy such beloved and hearty specialties as fondue and raclette, but out of time—in this case, before the crack of dawn.


Not content with garlands and wreaths of onions, some inventive soul came up with “cute” as a way of presentation. There are onion piggy banks, miniature onion nurses and chefs and other mementos of Zibelmärit. Here is a sampling of the goods-made-of-onions on offer at the market. 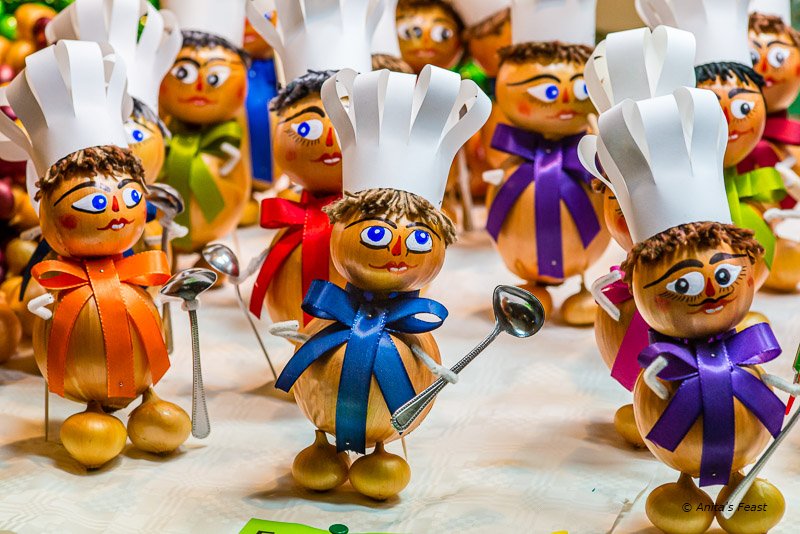 Everyone’s a kid at Zibelmärit

As the sky began to lighten, the crowd grew progressively younger. Young parents queued for garlic bread and mulled wine, toddlers sleeping alongside in their prams. Before long, school kids were out, too, stocking up on confetti. Eager little hands reached up for Magenbrot, a spiced bisicuit, and other sweets.

The market stands closed at 6:00 pm, and the ruckus died down. Streets empty, it was time to let the street sweepers in to clear the mess. This year’s Bern’s Zibelmärit is history.

Bern’s market is not the only market in Switzerland, Basel has a regualr market, and the Christmas markets.