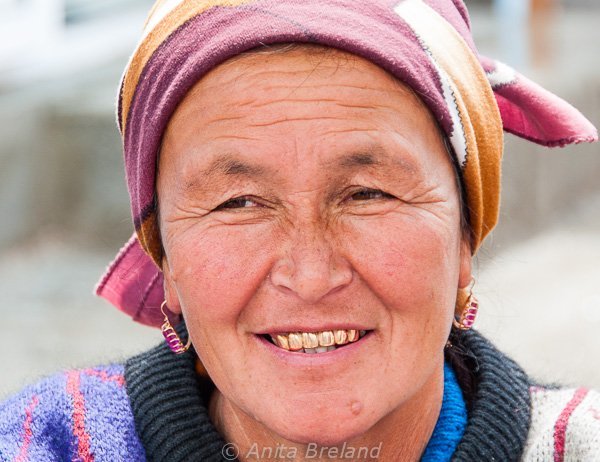 Traveling in Central Asia, I was often greeted with golden smiles. Here, gold teeth, a common Central Asian ornamentation, have long been considered a symbol of wealth. This smiling vendor was just one of the friendly women flashing gold in Uzbekistan’s Orgut market.

In Turkmenistan, it’s another story

In 2004, Saparmurat Niyazov, Turkmenistan’s president for life banned gold teeth  in that country. “Turkmenbashi” as he was officially called also put the kibosh on beards, ballet and circuses.

In Lisbon with Taste of Lisboa