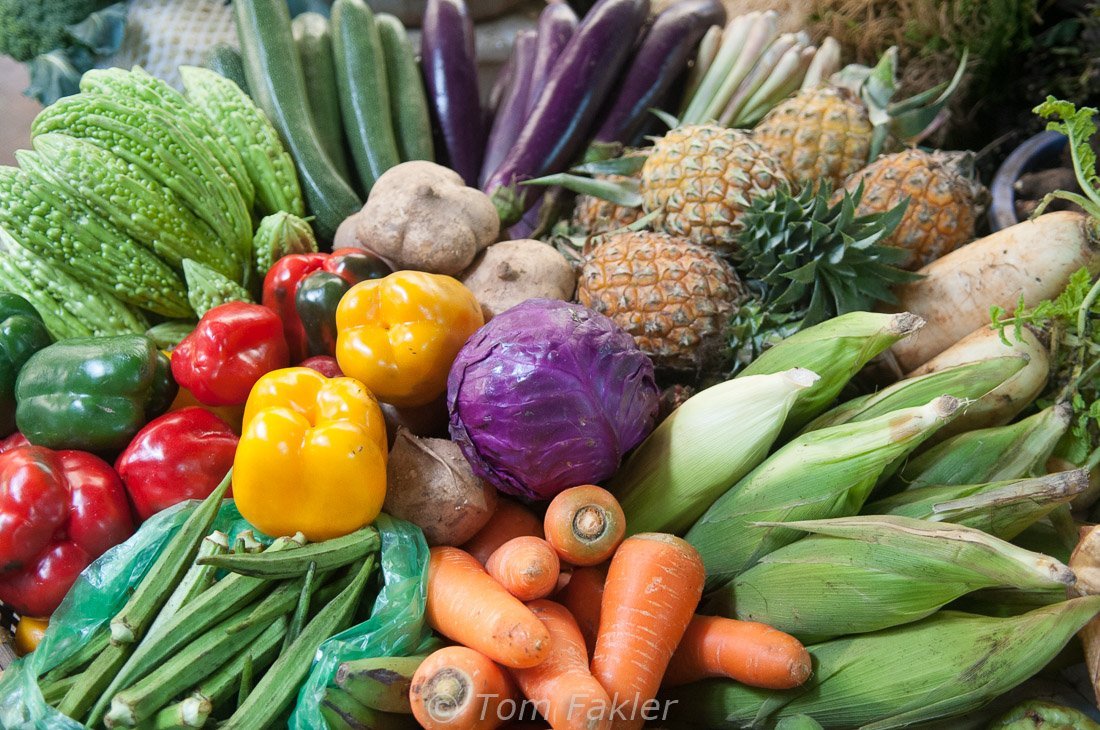 I love Vietnamese food. Especially in the southern part of Vietnam, the ingredients scream ‘fresh!’ in voices of many colors. Considered by many to be one of the world’s healthiest cuisines, a simple meal can bring on raptures among people who like their food varied, inventive and a little ‘fishy’. Imagine my delight when a foray last week into New York’s Chinatown ended with a no-holds-barred Vietnamese banquet.

The Mayor of Chinatown takes charge 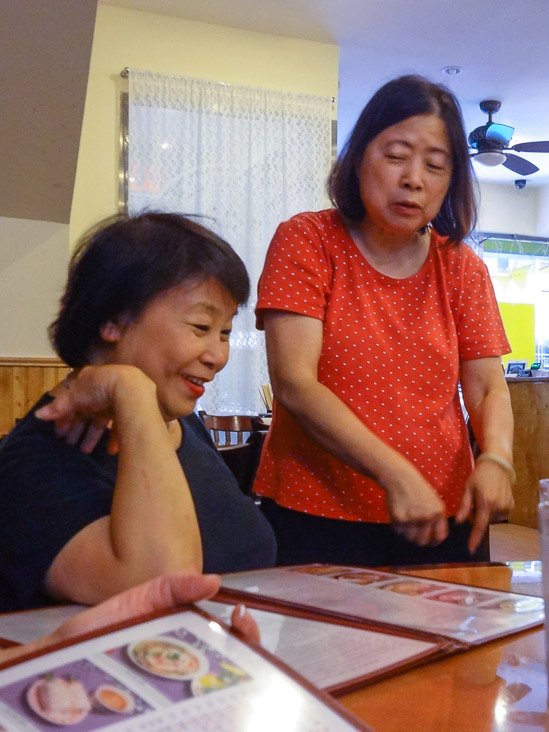 Our dinner destination was the family-owned and run Pho 88. There were six of us, including my sister, who was visiting New York for the first time. The meal would be orchestrated by a former colleague of a good friend, originally hailing from Saigon.

After asking if we objected to any foods, the self-proclaimed ‘Mayor of Chinatown” happily commandeered the menu, and launched into an animated discussion with the restaurant proprietor in rapid-fire Vietnamese.

It must have been quite a conversation! We soon found ourselves on a full-fledged tour of southern Vietnam’s food landscape, including several dishes not on the menu.

The ‘mayor’ placed three small bowls in front of each of us, telling us which dipping sauce to use for each type of dish, and what to add to give our sauces the desired level of heat. She also showed us how to wrap several kinds of spring rolls in lettuce and mint leaves and had us practice. It was messy work, and lots of paper napkins were handed across the table. Two salads of green papaya—one with shrimp, one with dried beef, both fluttered with cilantro and peanuts—were the best I’ve tasted since I visited Ho Chi Minh City last year.

About the time everyone had gotten the hang of rolling and dipping, one of my favorite dishes, Banh Xeo, crepe-like Vietnamese pancakes, appeared. They were perfectly done: large half-moons of turmeric yellow, almost see-through, with just the right amount of savory pork, tiny shrimp, and bean sprouts wrapped inside; and a field of greens to wrap them in for dipping. We should could have stopped there.

A short trip around the Vietnamese table (and markets) 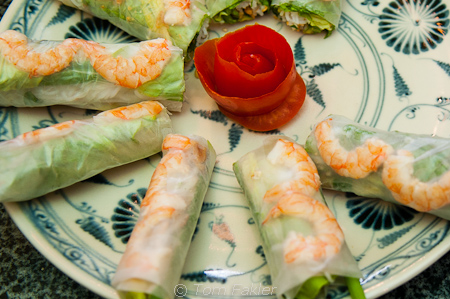 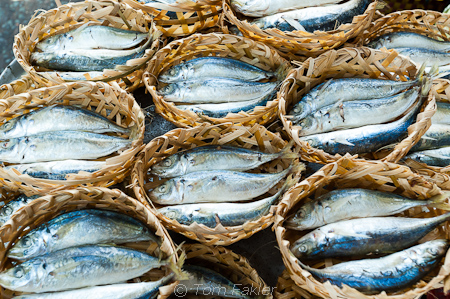 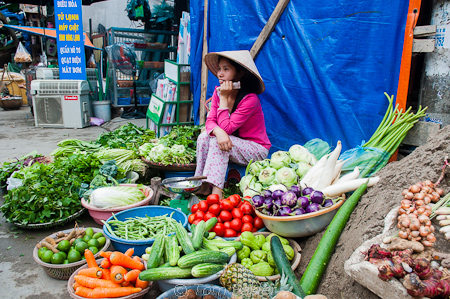 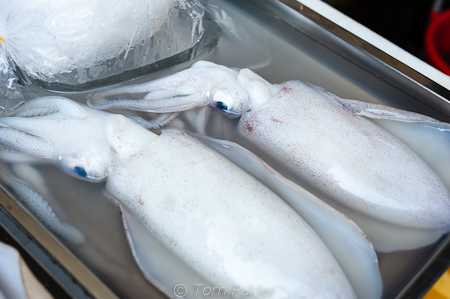 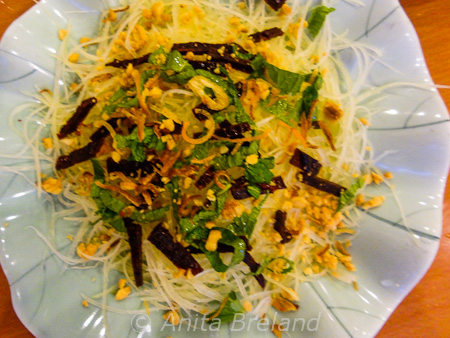 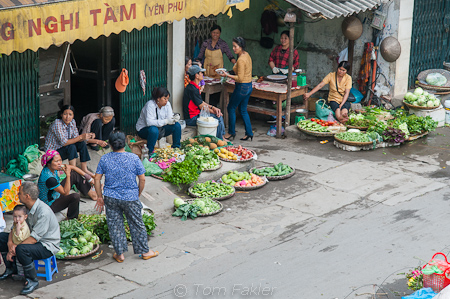 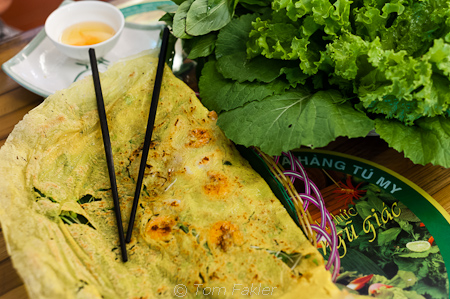 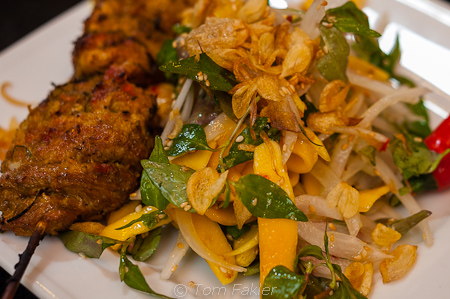 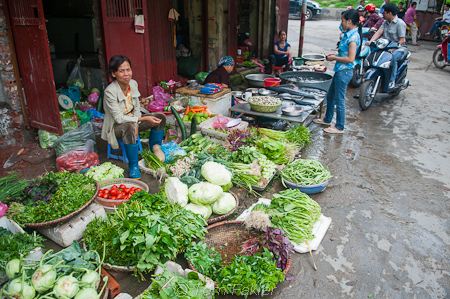 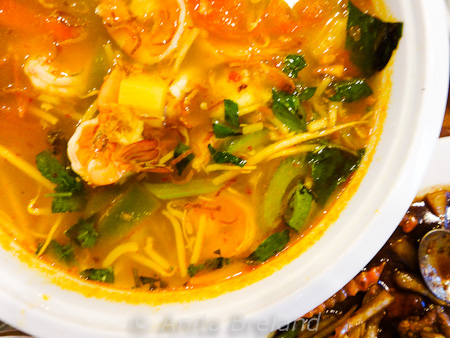 Everything was good, but one dish carried home the gold: a tureen of sour soup amply chunked with shrimp, bean sprouts and bits of pineapple, and flecked with dried chilies. Nuoc mam laced with thin-sliced bird chilies augmented the soup’s complexity, and a spoonful of rice helped calm the fire. Although stuffed to the gills by now, none of us could resist. I had three bowls (!) of this goodness before calling it quits.

To round out the meal, the restaurant gifted us with small bowls of warm black-eyed pea pudding to take away, leaving us with a sweet memory of our two-hour trip to Vietnam. As I waddled along to the bus stop carrying carefully wrapped leftovers, I thought how fortunate to be able to dine with the Vietnamese Mayor of New York’s Chinatown—and how unexpected it was to welcome my sister to New York and end up in Saigon.

Sound enticing? Try our dinner in Vietnam at Pho 88 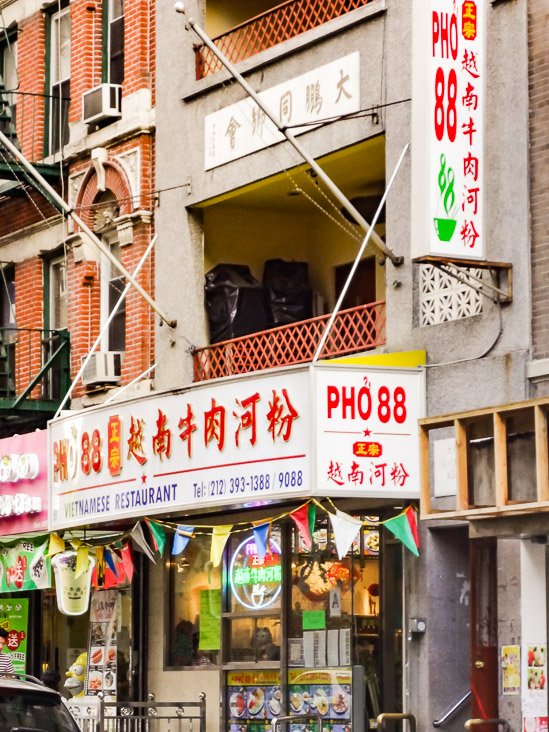 ~
Vietnamese crepe (aka Saigon pancake) with shrimp, pork and leaves 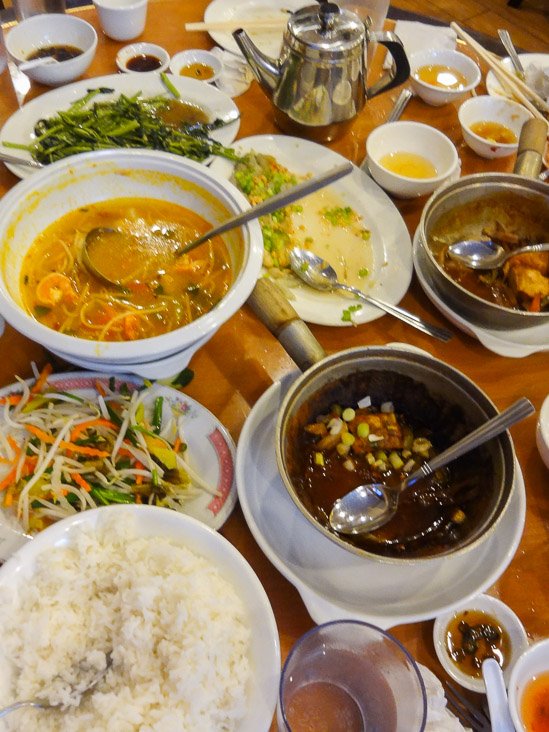 Casserole of frog with mushrooms, broccoli, and miniature corn

~
Casserole of caramel fish with pepper and pickled vegetables

~
Beef with lemongrass, green pepper and onions and chili sauce

~
Hot and sour soup with shrimp, bean sprouts, and pineapple