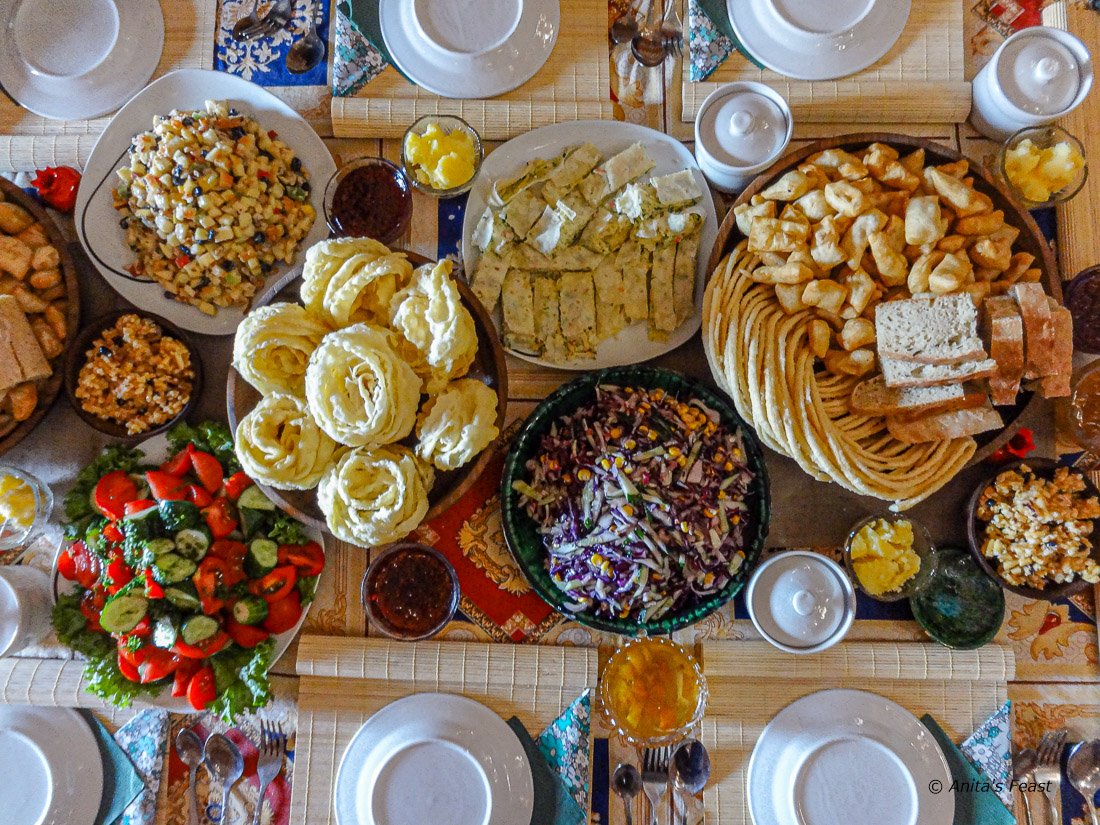 Traveling to Kyrgyzstan after several weeks in Uzbekistan, I was struck by how dining in Kyrgyzstan was varied and had such homespun charm. From my first meal in Bishkek—in a restaurant with a nautical theme—to a memorable feast in a yurt in the countryside near the end of the journey, there were surprises.

At Captain Nemo’s, a starter of pumpkin soup, and a main course of fish en papillote was distinctly European. There was even a table-top rotating spice rack, filled with goodies to give a bit of zing to the dishes. It was a just-right change of pace after the somewhat predictable meals I’d had in neighboring Uzbekistan.

Another meal, a four-course dinner in Bishkek, began with an array of cold dishes that were well seasoned, with flavors balanced to perfection. When we exclaimed at the Chinese influences, our guide insisted that we were having true Kyrgyz food, influenced yes, but Kyrgyz. It was a treat of a meal, washed down with options of tea, local beer or vodka.

My favorite dishes here were a platter of roasted chicken that had been seasoned with a tangy, peppery marinade; and a Szechuan beef salad, Chinese style, with soy sauce and cilantro. Plump morsels of Borsok, a Kyrgyz fried bread, and more salads rounded out the first course, and we could have stopped there. But we didn’t. The steamed dumplings that came next were delectable, and accompanied by a red chili sauce that provided a kick. This condiment turned out to be available just about everywhere we went, and good on everything. In a Uighur home miles from the capital, we were treated to a wonderful experience of good flavors carefully presented as “art-on-a-plate” by our host, a self-taught culinary guide who also offers home stays and cooking classes. The presentation was so lovingly prepared, it was impossible not to be disarmed. I’d never had a salad decorated with corn kernels to resemble a pineapple, or a dessert of fruit fashioned as a palm tree—Pop Art cuisine, served in a village in the middle of a landlocked, mountainous country!

Food options in Kyrgyzstan can be basic: a traveler’s picnic for hiking, for example. And disappointing: more than one hotel or B&B dinner seemed more out-of-a-box than fine dining. But there was always a redeeming taste experience around the corner.

As we traveled around Issy Kul Lake, we spotted numerous stands selling dry-cured fish and the famous local brew, fermented mare’s milk, packaged in re-purposed soda bottles and sold alongside cheese balls, a local favorite. Several of us focused on the fish, and at least one traveler bought some to take home.

Hospitality in Kyrgyzstan is generous. A sumptuous luncheon in a beautifully appointed yurt in the town of Kyzl Tuu opened with a welcome from local dignitaries, and included a huge spread of nibbles, breads, salads and soup, followed by a sturdy main course of beef stew with a pilaf of rice and thin, crispy noodles topped with caramalized onions.

The flavors ranged from sweet to salty, to be eaten at the same time. In addition to Borsok, the bread basket included a local specialty of crunchy fried spirals that resembled grissini in texture. Little pots of homemade jam and preserved fruit were served alongside. Endless refills of tea from a samovar provided the perfect accompaniment.

Dining in Kyrgyzstan: a sampler 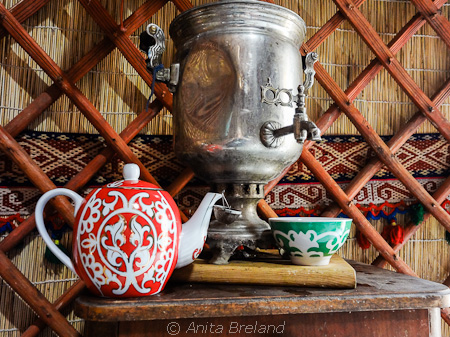 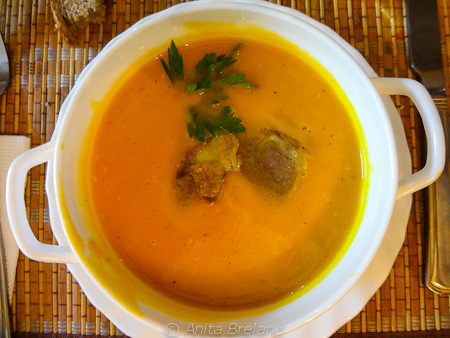 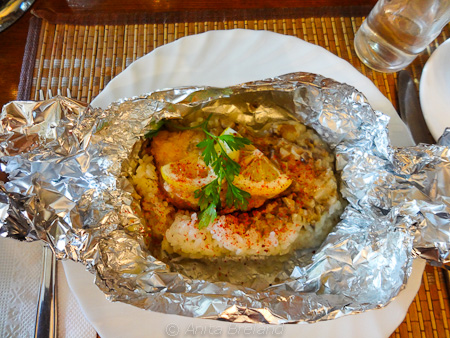 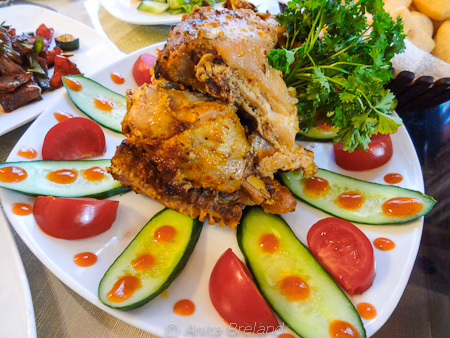 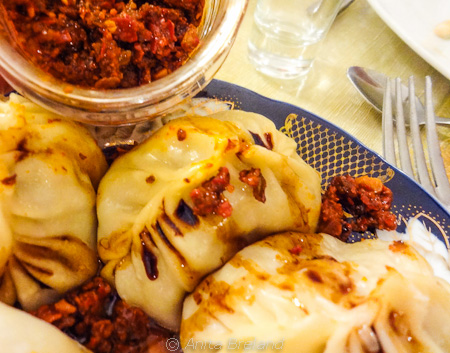 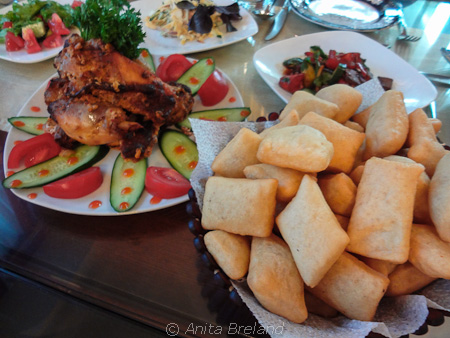 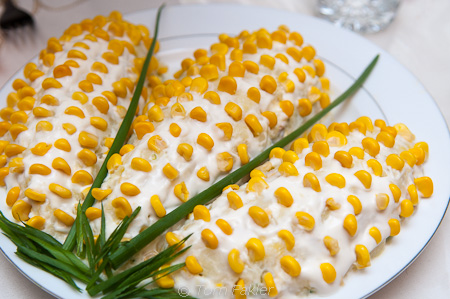 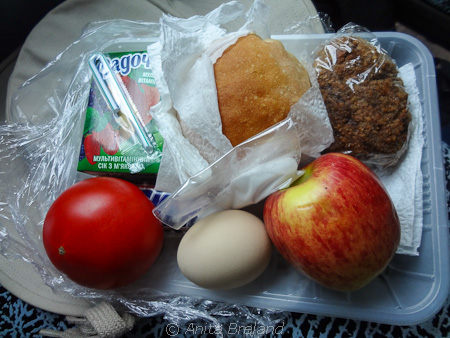 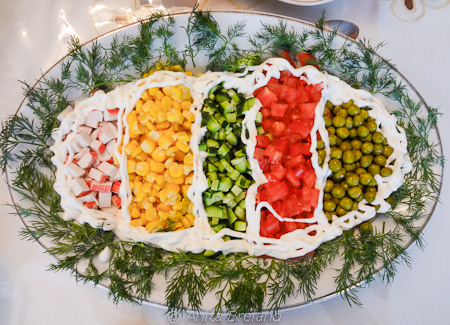 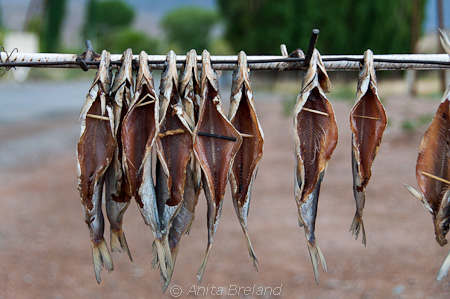 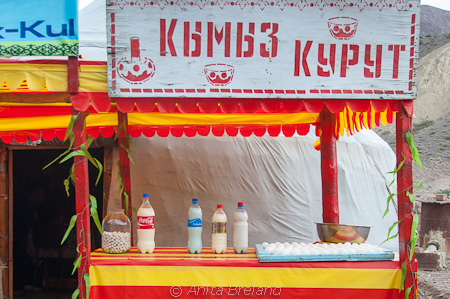 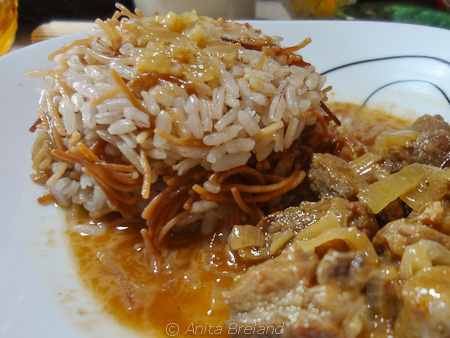 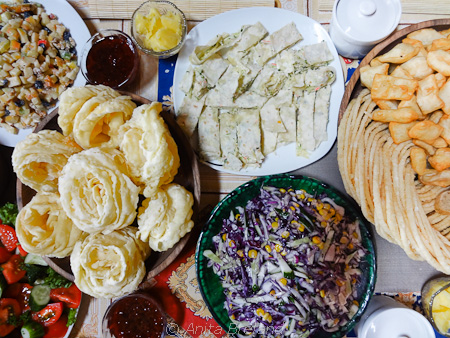 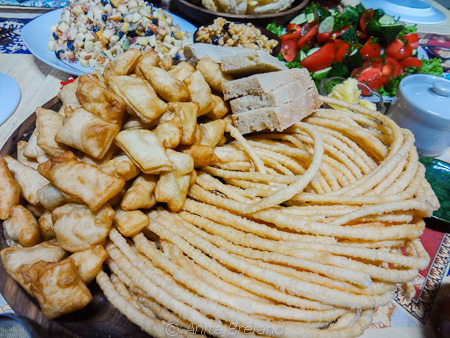 Many reports describe the dining in Kyrgyzstan as bland, and for the mountain horse culture that may be true. Thankfully, my own experience proved a little broader than that!

Something fishy in Vietnam