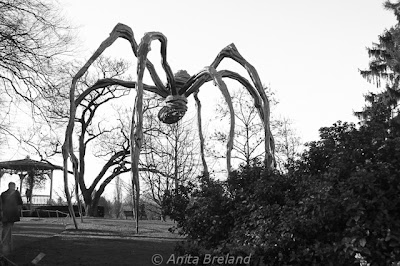 “One has to take several different shots of a subject, from different points of view and in different situations, as if one examined it in the round rather than looked through the same key-hole again and again.”—Alexander Rodchenko

Louise Bourgeois certainly examined her subject “in the round”, placing her spider sculptures in outdoor venues around the world. Currently, a Maman is installed in the garden of the Fondation Beyeler, near Basel, where the Bourgeois exhibition, À l’infini, is closing out the year.

Looking back, it seems a larger-than-usual number of artful experiences have moved, informed and sustained me through 2011. Here are my Top Five, in chronological order. 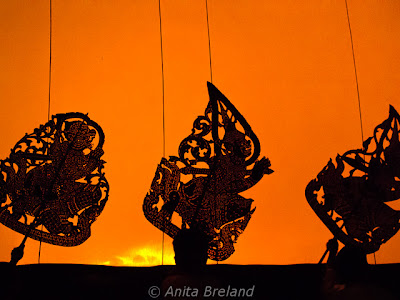 >>>> In May, a mesmerizing shadow puppet show near Siem Reap, Cambodia was a memory-maker. Viewed under the stars at a Buddhist temple, the stirring evocation of a centuries-old art form featured puppeteers helping to revive the tradition. Backlit by a bonfire and accompanied by a pinpeat orchestra and narration, the performance mesmerized a new generation of Cambodian viewers, as well as tourists like me.

>>>> While in Siem Reap, I had the good fortune to visit Banteay Srei, with its exquisitely carved pink stone, at dawn. The jungle setting for the Angkor outpost was misted over at first light, which showed the delicate carving to perfection.

>>>> At the War Remnants Museum in Ho Chi Minh City, Vietnam, the works of 116 photographers from 11 countries captured the full range of human emotion, and demonstrated the evolution of war reportage from the 50s through the 70s. All of the photographers represented in the show died in Southeast Asia, among them World War II photographer Robert Capa, who was the first American to die in the Indochina conflict. The film retrieved from Capa’s camera after his death was displayed beside the developed and enlarged images.

>>>> In June, Japan-Aid, a thoughtfully curated display of a few works in a quiet art space overlooking the Rhine honored tsunami victims, and held its own in the shadow of Art Basel. Light streamed into the single exhibition room as visitors padded about in stocking feet and left their thoughts and donations. After the bustle and showmanship of the art fair, the side-bar exhibition showed the humanity in art, and everyone who visited was better for it. 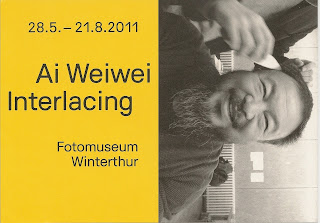 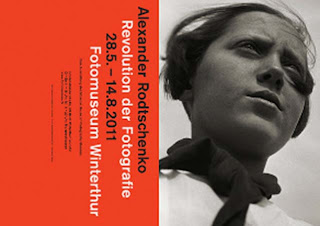 >>>> And then, in November, the Met’s magnificent new Islamic galleries opened to what appears to be universal acclaim—The Economist titled its review “Centuries of glory: Years in the making, millions to build, and all of it was worth it.”

There were other exhibitions, other artists, but for me, these were the highlights of an art-filled year.