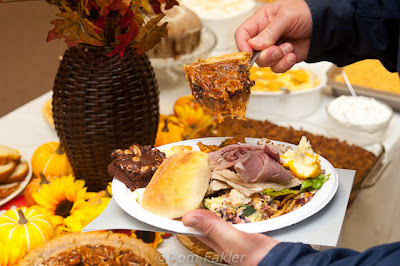 Country churches across the southern US have a long-standing tradition called “dinner on the ground”. When I was a child, these pot-luck get-togethers were special occasions, held every now and again after Sunday church services. Every time we visited my grandparents in Mississippi, where my grandfather was pastor of a small-town Baptist church, I hoped dinner on the ground might be in the offing. Last Sunday, it was.

The occasion was the 115th anniversary of the founding of First Baptist Church in Wiggins. It was a homecoming, with former members, and families of founders and members, invited to take part in the two-hour service and a bounteous meal after. 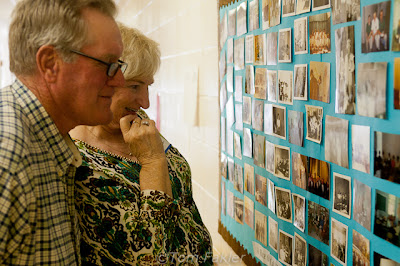 I loved the history wall, with its Kodak moments in black and white, and early living color. I enjoyed the old hymns, easy to sing along. And it was satisfying to match name tags with faces from my childhood. The “preachifying” was just right, too: reflections on the past, observations toward the future, with some local history tossed into the mix. And when it came time for the food, I found common ground with fellow expat southerner, Kim Holloway, whose guidance for a dinner-on-the-ground first-timer is spot on. 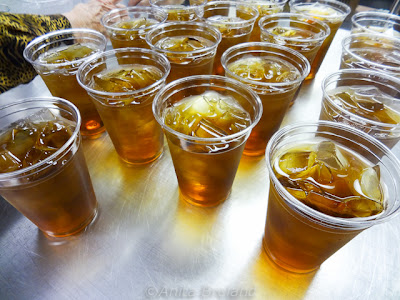 After the service, I joined current members of the flock and their guests, all 400+ of us eager to belly up to buffet tables, which were helpfully labeled to keep us moving in the right direction. The event was an early start to Thanksgiving, with heaping platters of salads, veggies, meats and desserts.  And there was plenty of ice tea to wash everything down. 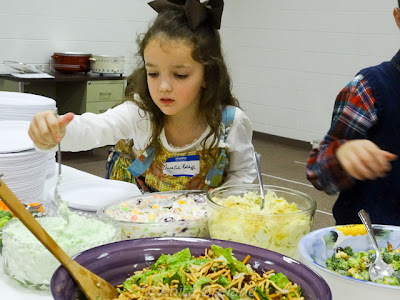 Salads tended toward the “composed”, with Jello featuring in some dishes, although not as prominently as I remember such things. 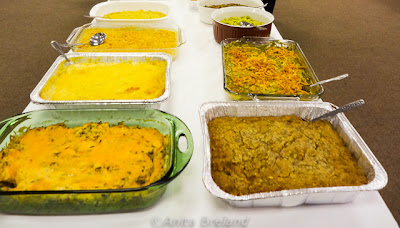 Vegetables represented a serious investment in Campbell’s Soup (I lost count of the variations on the iconic green-bean casserole—with cheese or without, topped with crackers, topped with onion crisps, with mushroom, or canned corn). And there were field peas, lima beans even a Crockpot or two of baked beans. 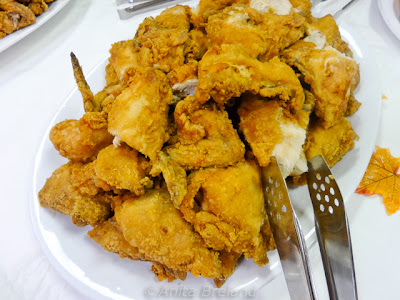 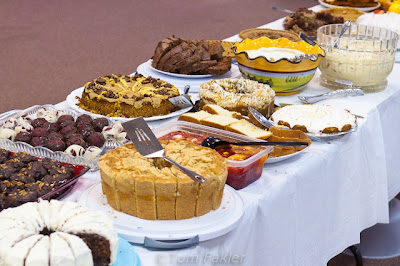 Dessert reigned supreme—homemade and store-bought, the cakes and pies, the brownies and banana pudding, all got equal billing on the heavily laden buffet table. It would have been unheard of to try just one, or even two or three, dessert options. Most people treated their plates as miniature dessert trolleys, and many folks made two or more runs past the sweets table. Besides, the dessert plates really were small. That was my excuse, anyway.

This blog is about feasting on life and cultural traditions, as well as food. Most of the time, I do this in other cultures, often on distant continents. This week, though, the traditions we are celebrating are my own.

For such homely traditions, and above all for my family, I give thanks.

This post is part of Wanderfood Wednesday of Wanderlust and Lipstick.