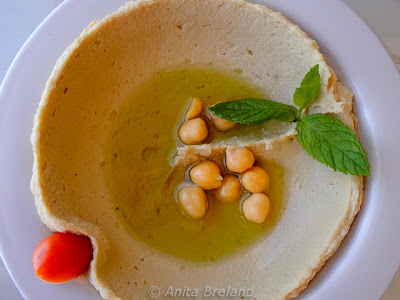 Mezze are those delightful appetizers integral to the cuisines of the Middle East, Turkey and Greece, numerous small tasters brought to the table to whet the appetite before a meal. The word mezze comes from the Arabic term t’mazza, which translates as “savor in little bites.”

Hummus, a paste of chick peas mashed with garlic, lemon and tahini, may be a familiar favorite, but the presentation here is artful. At Mount Nebo Restaurant, hummus came flanked with a sprig of mint, drizzled with olive oil, and with an eye-catching pearl tomato tucked in alongside.

As I’ve traveled across Jordan over the past week, mezze have frequently BEEN the meal, served in quantities and offering a variety of flavors that both awaken the palate and satisfy hunger. While not specifically Jordanian, mezze feature on the menus of just about every restaurant in the country.  Several vegetable spreads and salads turned out to be my favorite “little bites”. 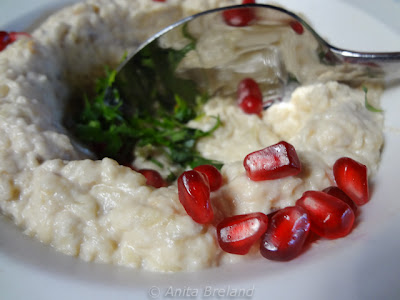 Mouttabel, a puree of smoky eggplant blended with yogurt, may be humble, but it receives royal treatment. At Lebanese House restaurant in Amman, pomegranate seeds provided a crunchy-sweet finish. 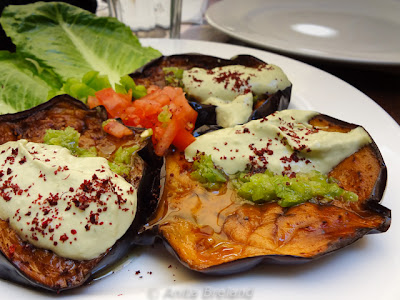 Mutaffi bathenjan, a signature dish at Haret Jdoudna in Madaba, is a dish of fried eggplant topped with a sesame sauce. The vegetable slices were creamy rounds drizzled with shimmery oil and a delicate sauce of pale green. 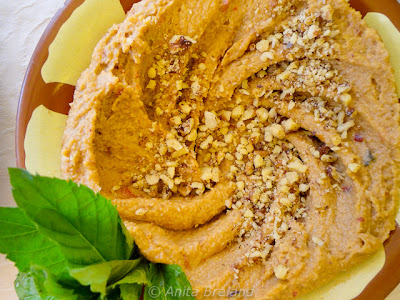 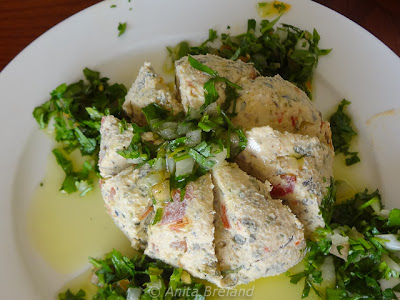 Shanklish is a seasoned dried cheese spread. At the Panorama restaurant above the Dead Sea, it was made of a piquant, local blue cheese mixed with tomatoes, fresh thyme, onion and parsley. 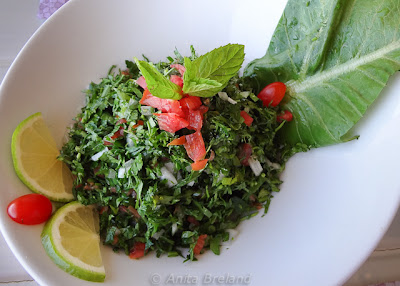 Tabbouleh in the Middle East is not the bulgur salad with a bit of parsley that I’ve known from the US and Europe, but I’d been forewarned. Here, it is startlingly green and piquant, a bounty of leaves, chopped and dressed to marry with the spreads, fried pastries and cheesy dishes it accompanies. 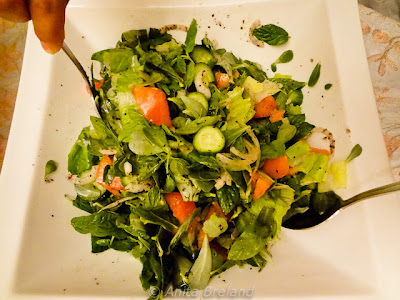 Fattoush, a salad of herbs, and chunked tomatoes and cucumbers dressed with a lemon-garlic-sumac vinaigrette, is usually topped with bits of fried Arab bread. I enjoyed it as served at the home of a Lebanese friend in Amman, just the herbs and veggies. 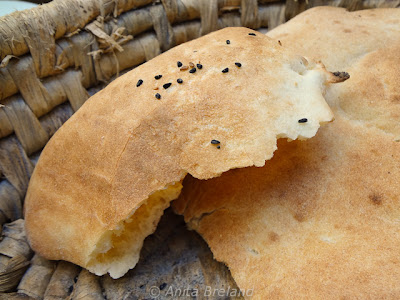 Scrumptious Arab bread, fresh from wood-fired ovens, rounded out mezze meals everywhere I went. There were meaty mezze and hot mezze, of course, and I enjoyed them all. 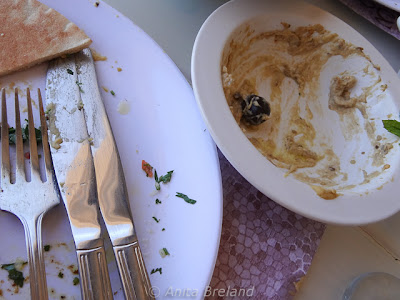 Every day is market day in the Luberon