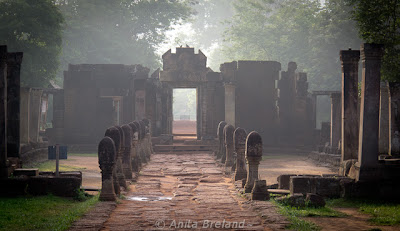 A pre-dawn alarm, followed by an hour’s travel with a car and driver, ensured early arrival at Angkor’s Banteay Srei, a 10th century temple dedicated to the Hindu god Shiva. For a splendid hour after daybreak, the only sound was that of songbirds, slightly muffled by morning fog. 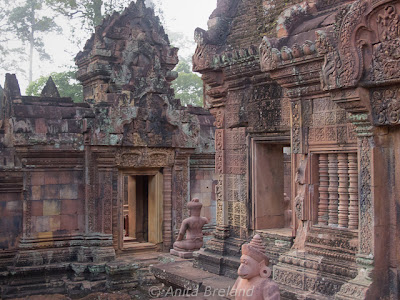 The temple’s interior façade is a stunner dating from 967, slightly more than 150 years after the founding of the kingdom of Angkor. The only major temple at Angkor not built for the king, the “Citadel of the Women” was constructed by one of his counselors. 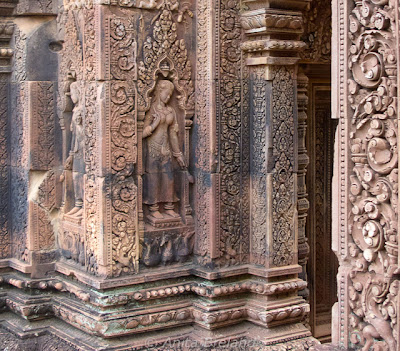 The carving impressed French novelist (and future minister of culture) André Malraux so much, he made off with several devatas as a memento of his 1923 visit. Fortunately for posterity, he was caught, and the purloined divine images returned as a condition of his release from jail. 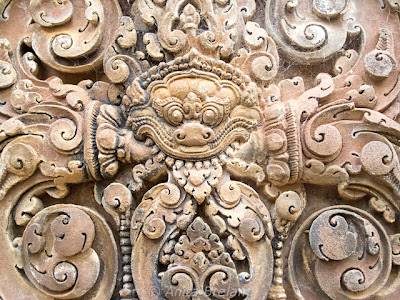 Central figures like this ferocious kala, a mythical creature representative of time and of the god Shiva, dominate the carving on lintels over doorways. The decoration covering almost every available surface is deeply sculpted and figures rounded. 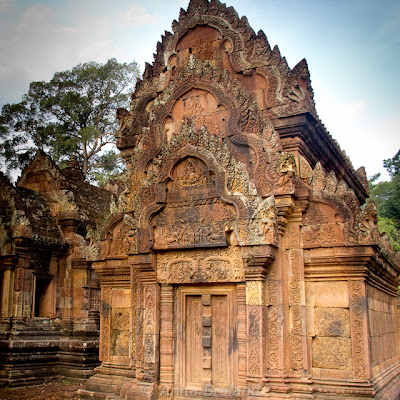 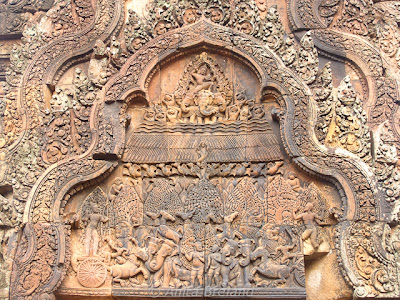 Large triangular pediments above the doors of the libraries at Banteay Srei have a sweeping gabled shape, and are ornamented with scenes from the Mahabharata, the ancient religious epic of India.

One of the pediments from the site was given to as given to France and the École française d’Extrême-Orient as a gift for their work in restoring Cambodia’s monuments. It can be seen at the splendid Guimet Museum, which houses one of the largest collections of Cambodian art outside Cambodia itself. 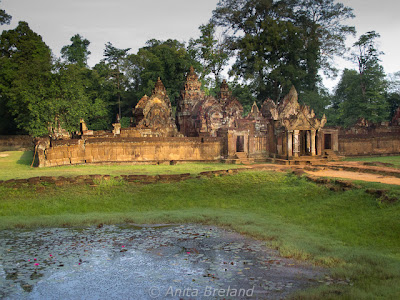 The only other visitors while I was at Banteay Srei were two family groups of Cambodian tourists who zipped through the place, snapped a few pictures with their smart phones, and went on their way. Other than these folks, I did not see a soul. 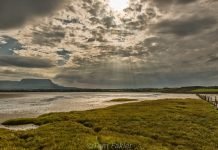 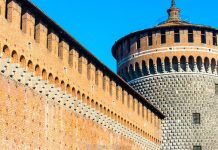 Around Angkor Wat— without the crowds