Early-morning Phnom Penh is quiet, save a few motorcycles and tuk-tuks on the almost empty streets. It’s early in the morning when the place is most eerily reminiscent of days gone by. 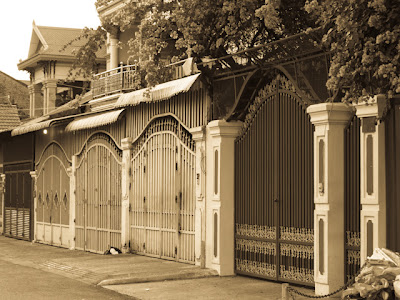 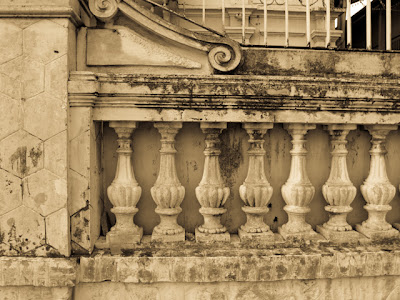 Despite the architectural transformation of the city, some of the century-old French architecture is still evident. A prowl through the streets brings flashes of the symmetry that marked colonial tastes. 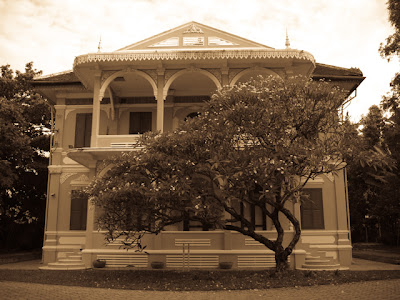 Thankfully, some elegant buildings such as this have been restored and re-purposed. 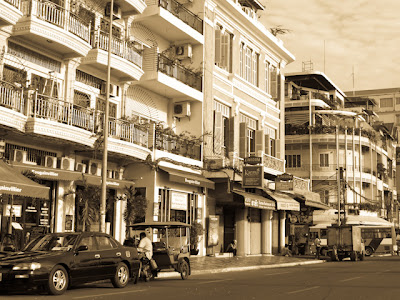 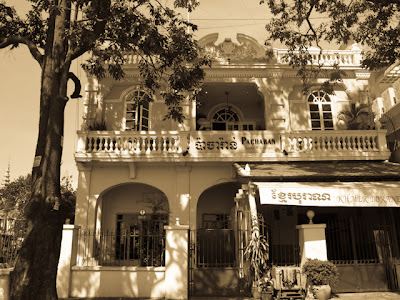 Along Sisowath Quay, balconies overlook the confluence of the Tonle Sap and Mekong rivers. Most of the buildings are now restaurants and other businesses. 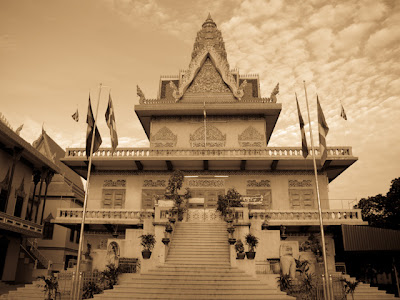 Serene and majestic Wat Ounalum, founded in 1434, was given a new lease on life, when it was rebuilt in the late 19th to mid-20th centuries. The wat is home to senior abbots of the Buddhist order of Mohanikay. 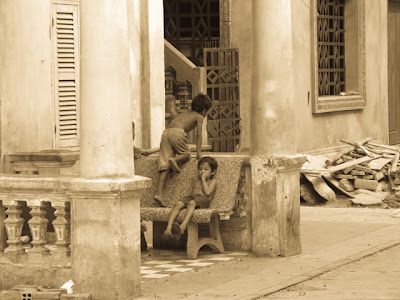 Boys play outside a colonial building inside the Wat Oulanom compound, adjacent to the Kandal Market. 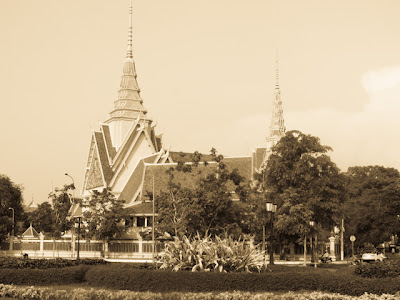 The present palace dates from from 1866, with its formal opening held in 1870. Some buildings were constructed at the end of the 19th century, while others are reconstructions to original designs in concrete, brick and stucco. Buildings on the palace ground blend French, Thai and Khmer styles. 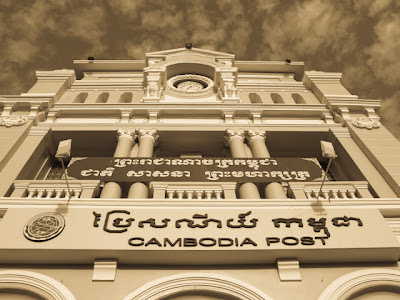 The Phnom Penh Post Office, built in 1894, has been extensively renovated. Its small square once formed the heart of the French quarter, centering on banks, postal services, administrative and trading offices, and hotels. 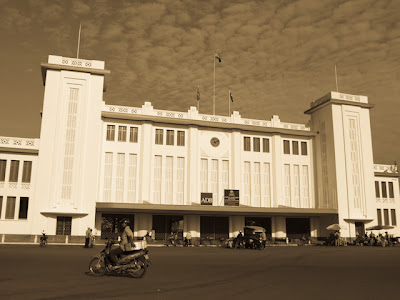 The central train station has recently been restored with assistance from the Asian Development Bank, AusAID and the Organisation of Petroleum Exporting Companies (OPEC). It is hoped that the project will boost trade by improving the Kingdom’s railways, which were built in 1929 and last upgraded in the 1960s, before civil war damaged much of the network. The country has been without any passenger train service at all since 2009. 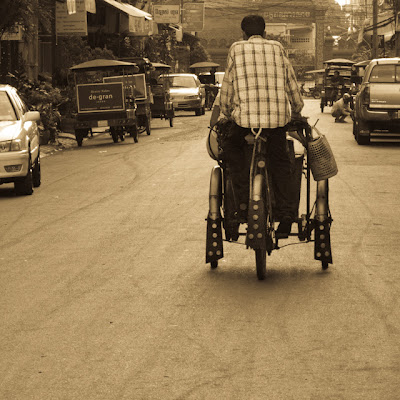 The Cambodian government does not treat Phnom Penh as a heritage town, as it does Siem Reap. With the recent focus on modernity and new buildings, much of the capital’s colonial heritage has already been lost. At least for now, though, it is still possible to hop a cyclo, or pedi-cab, and take a leisurely self-guided tour of the colonial-era architecture (colonial and Khmer) that remains. 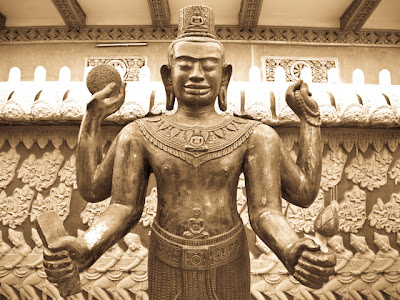 In music, a fugue is a classical composition in two or more voices, its subject recurring frequently in the course of the composition. What a treat it would be, if Cambodian authorities stand strong in recalling the country’s multi-faceted architectural legacy, and in the course of modernization, celebrate the best of both its ancient Khmer and more recent European architectural lineage.

Through the lens: Modena, Italy