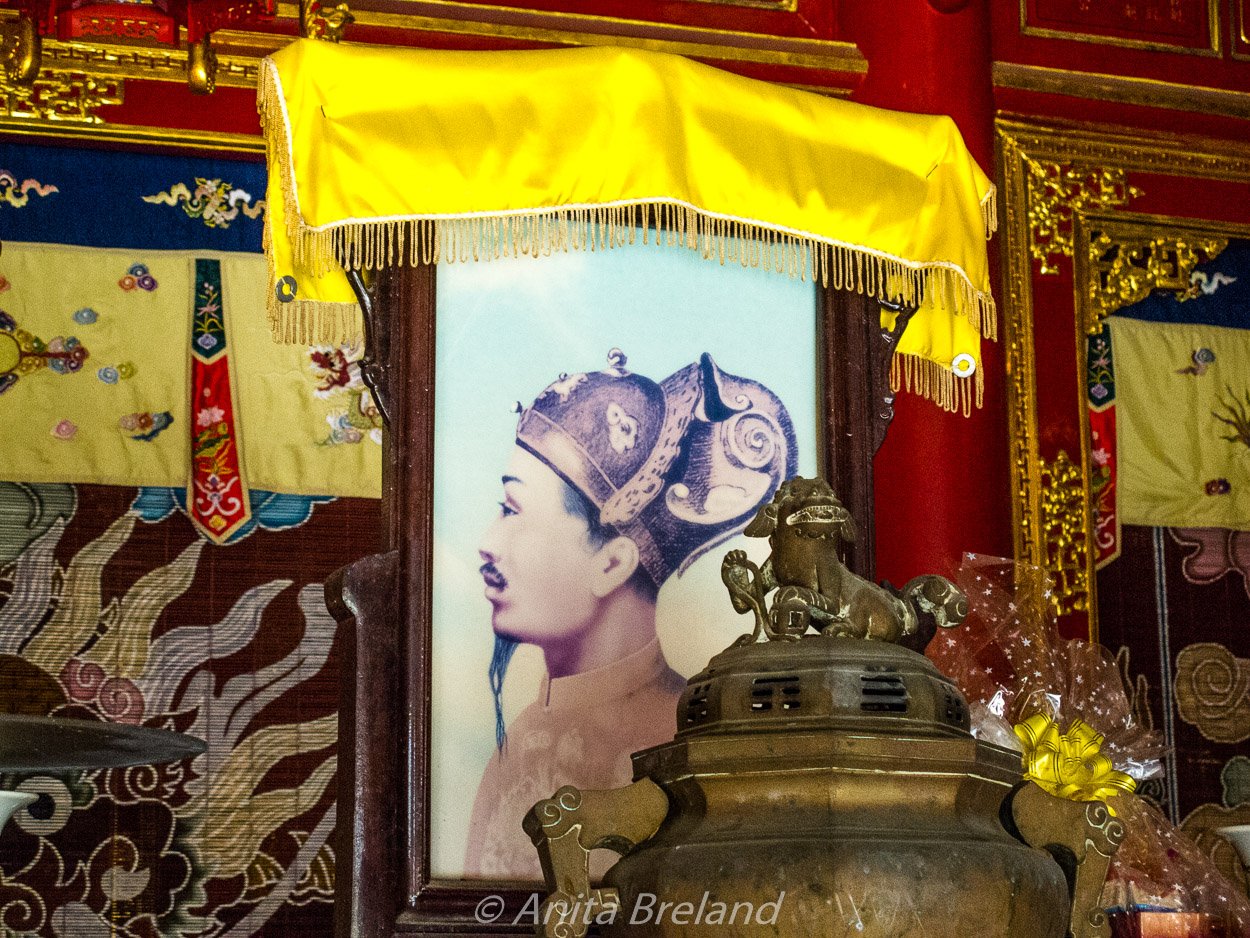 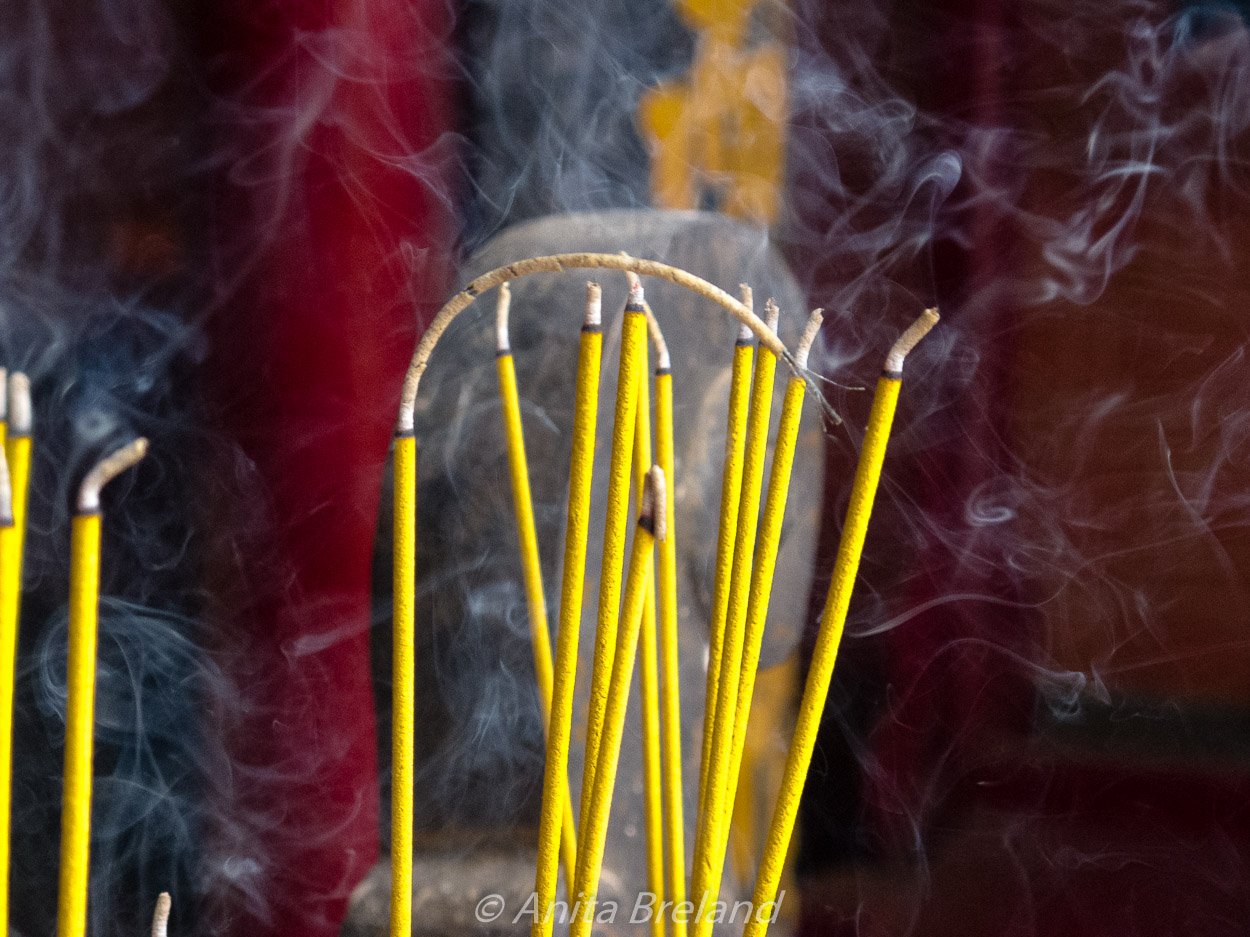 All that incense wafting about the altars in Vietnam’s homes, shops and pagodas has to come from somewhere. I did not expect to discover the source (well, one of them anyway) on a bicycle excursion to the tomb of Tu Duc, the longest-reigning Nguyen Emperor. 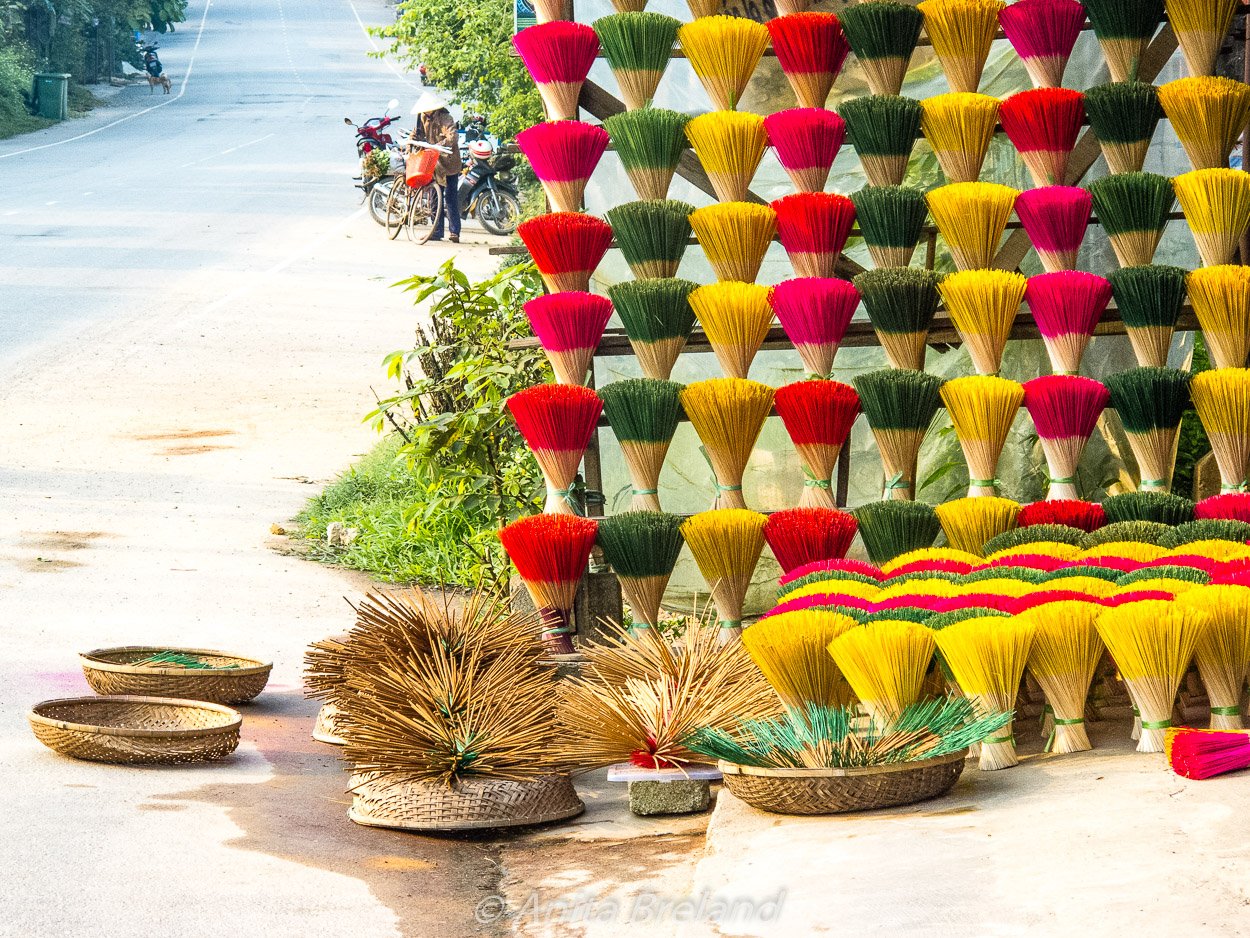 It is about seven kilometers from Hue to Tu Duc’s mausoleum. Shop fronts displaying vividly-hued bouquets of incense-in-the-making line the approach to the turnoff from the main road. 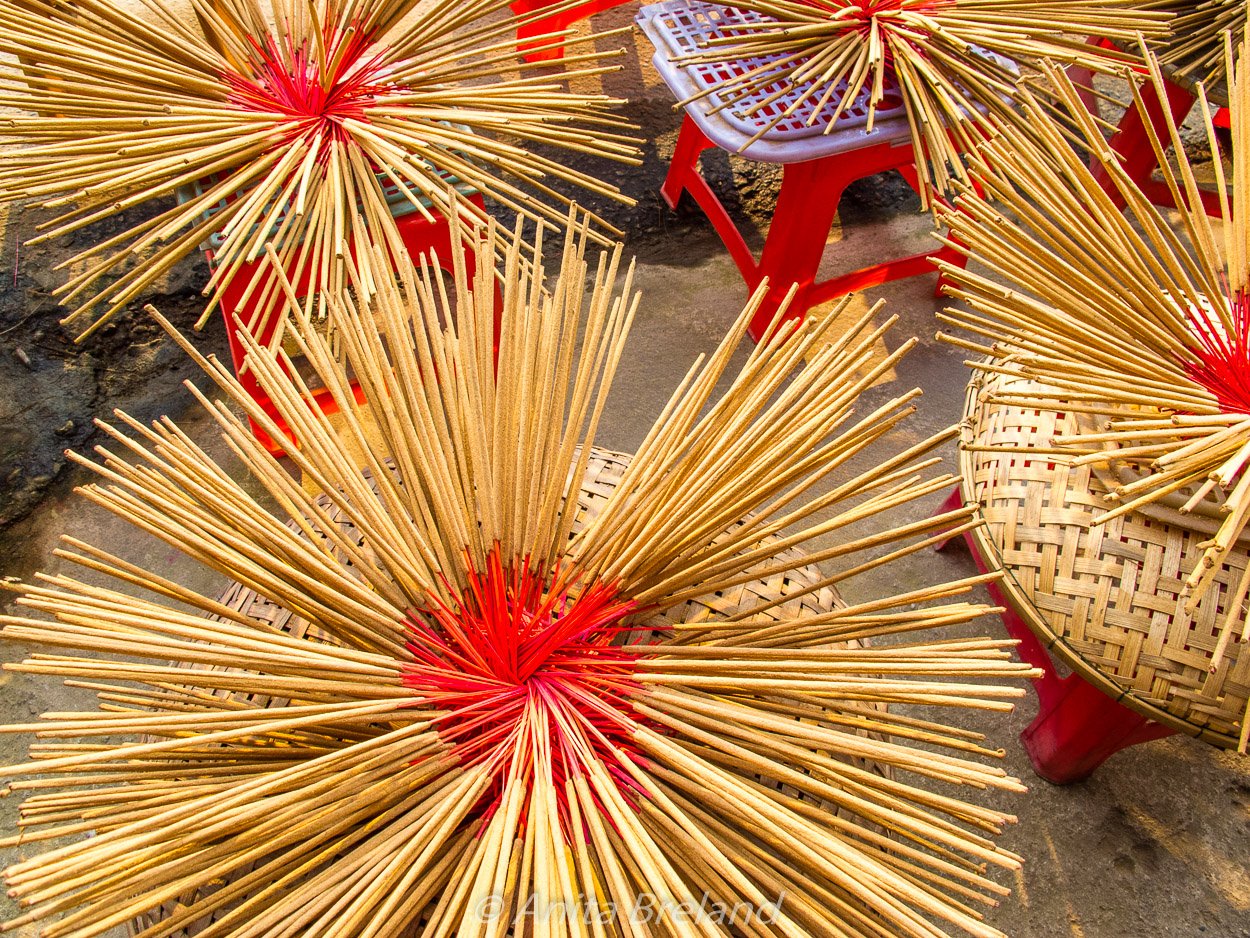 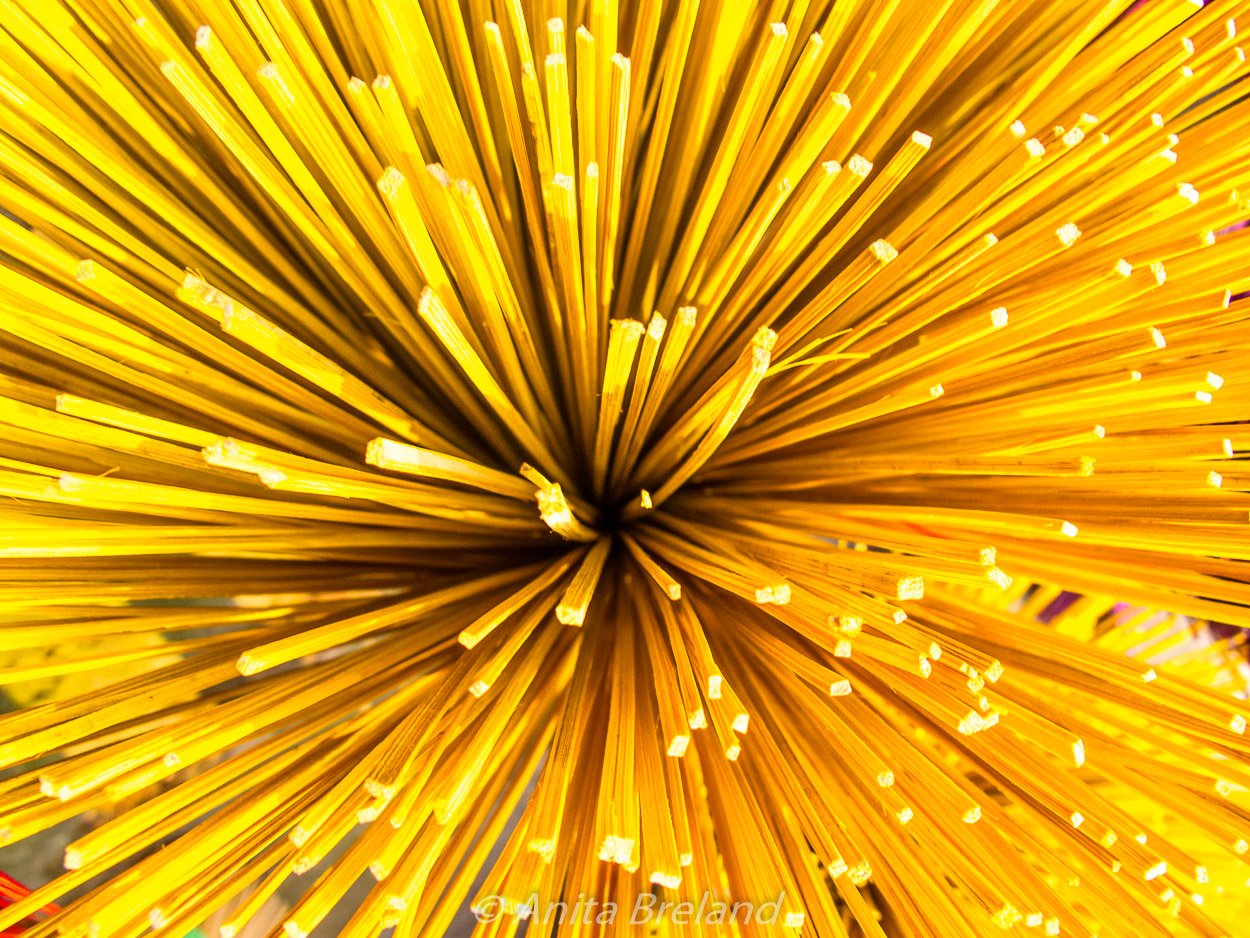 The painted bamboo sticks are fashioned into swirls of green, yellow and magenta. The scent comes later, in the form of a gritty paste. 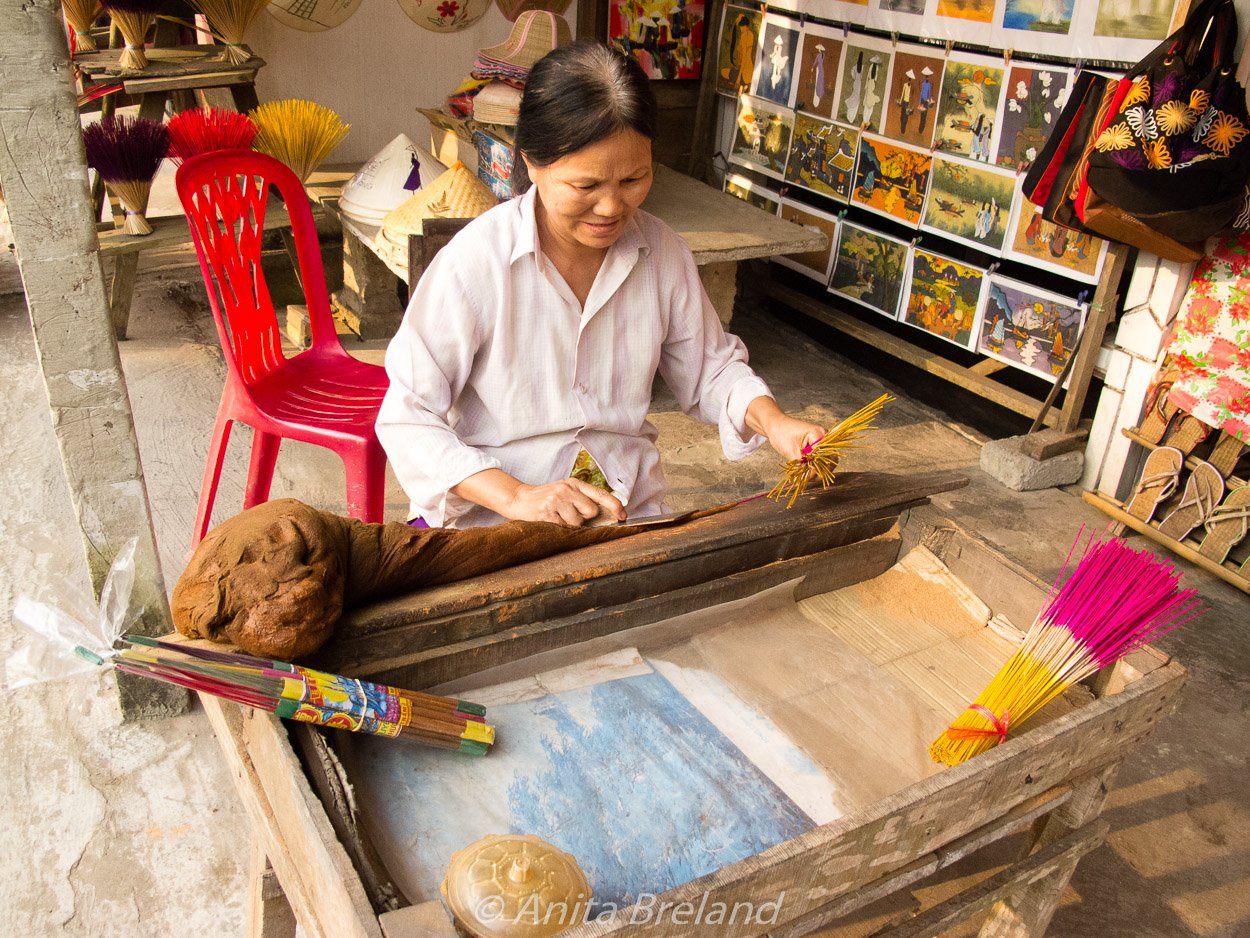 The women work right in the shop, as they wait for customers: pilgrims en route to the nearby pagodas and tourists who descend from tour buses. It was early when I cycled up the road, too early for the buses. Most of the shops were deserted, but at least one vendor was on the beam. 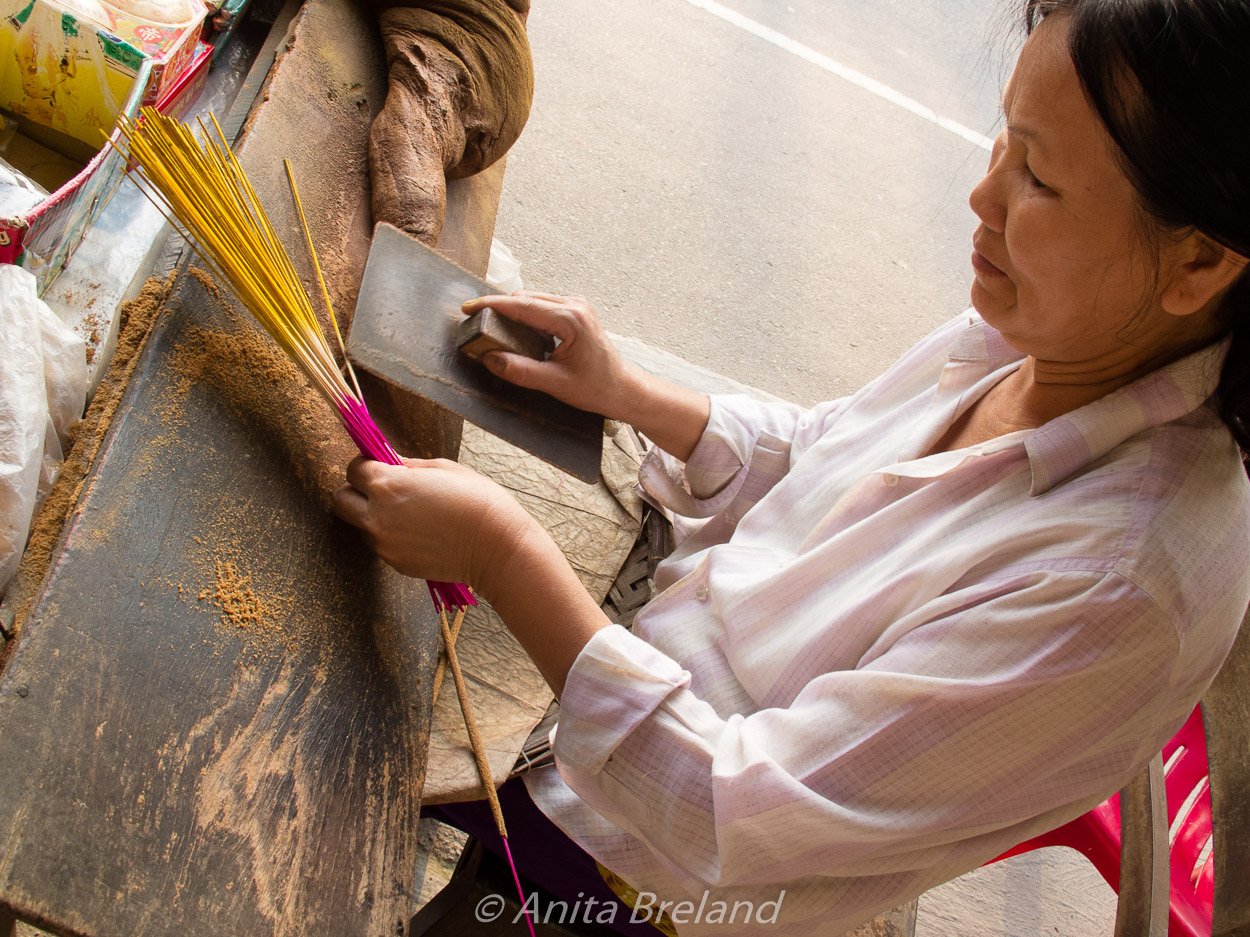 She welcomed her first visitors of the day with a smile and two or three words of English, took her seat at a small table, and demonstrated how the job is done. I bought a pack of her incense, which was, of course, the idea all along. 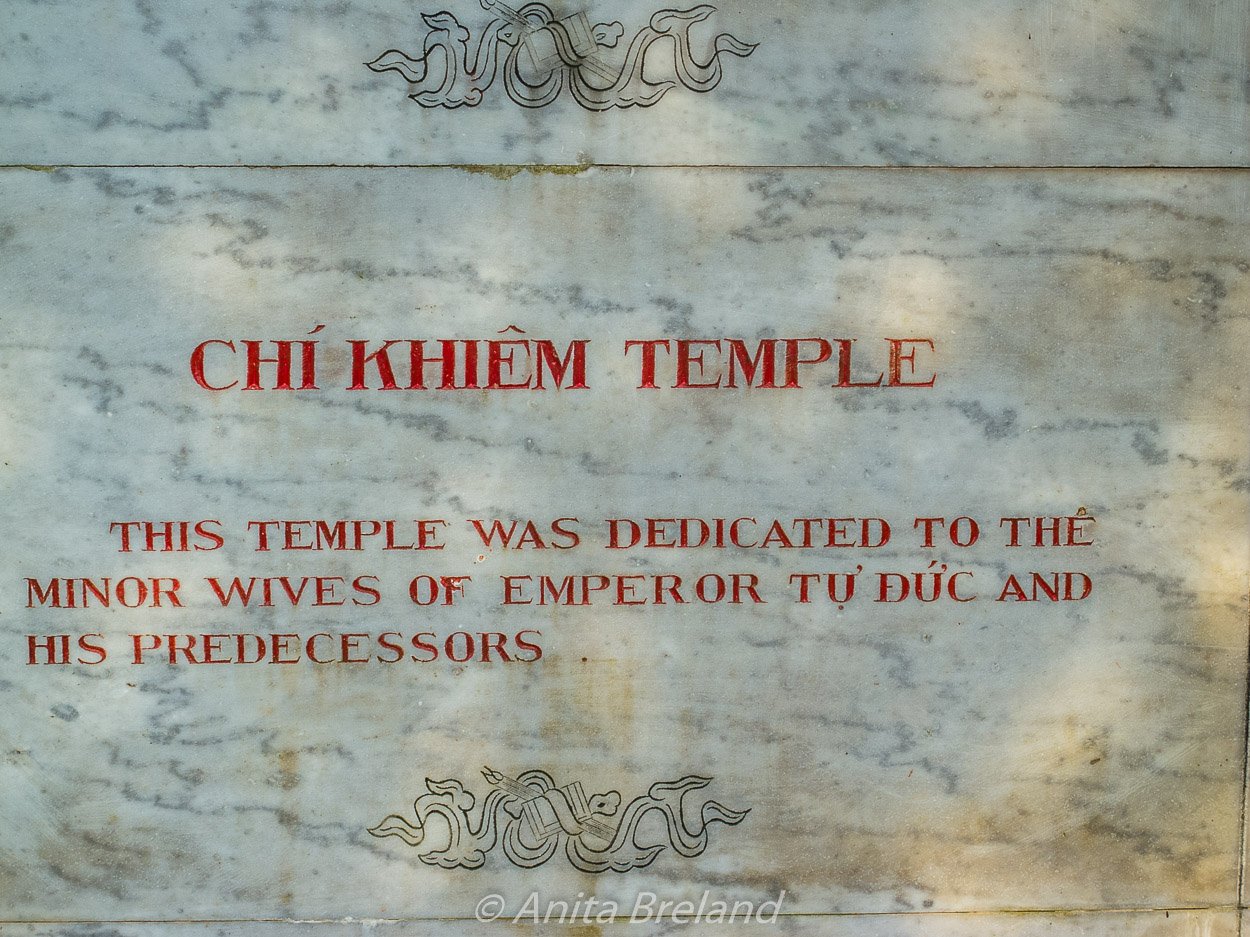 Tu Duc had 104 wives and many concubines but fathered no children. He was a dreamer who retreated to Xung Khiem Pavilion beside the exquisite Luu Khiem Lake to write and recite poetry. The grounds of the mausoleum whiff of frangipani and pine; posies of incense on offer en route to his tomb and its several temples, seems fitting. 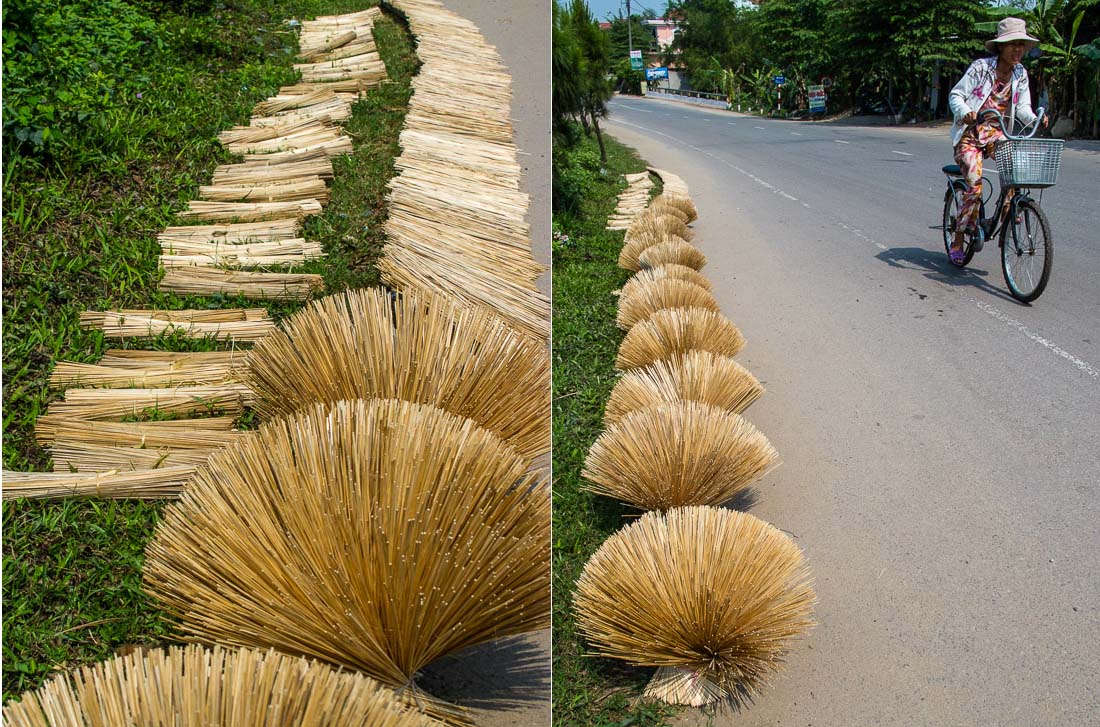 After visiting the tomb, pedaling back to Hue, I spotted these snipped bits of bamboo, drying under a midday sun, already bundled and swirled. 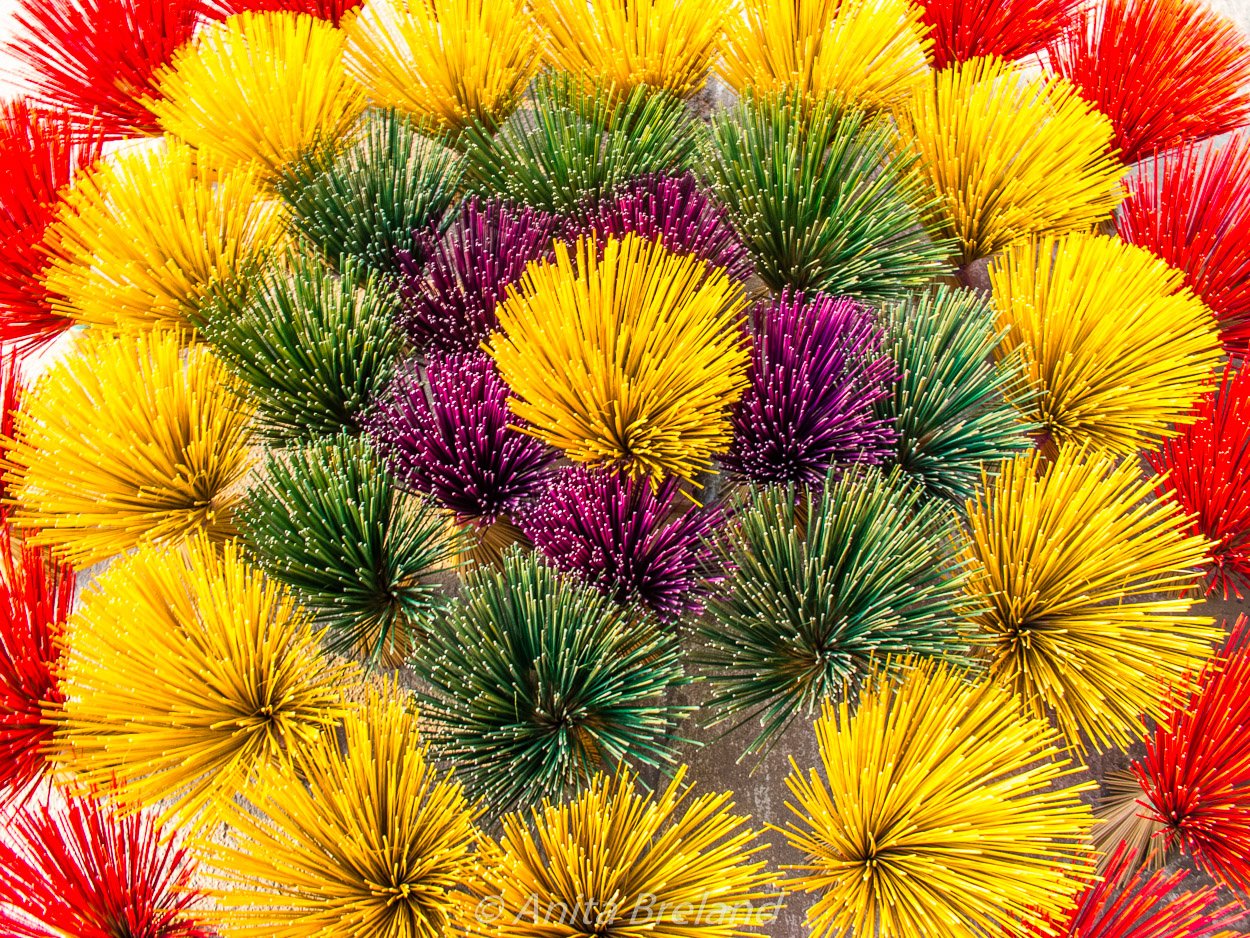 Later, I tried out a couple of the sticks from the pack I’d purchased by the side of the road, the cinnamon ones. They turned out to be practically scent-free. Uh oh.

In Lisbon with Taste of Lisboa

Sao Miguel and Terceira offer a taste of the Azores