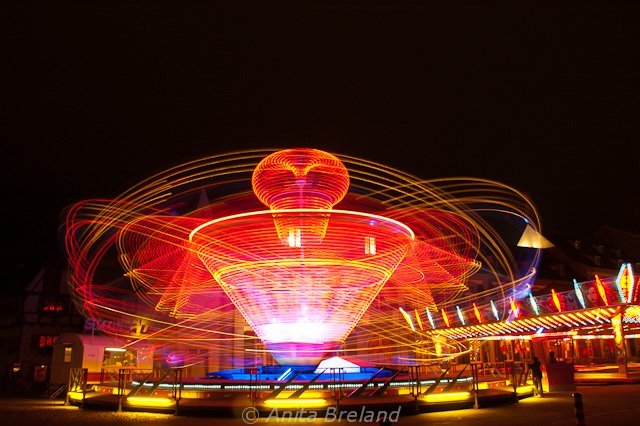 Last Saturday, a fellow leaned out of the way-up-there window of Martinskirche in Basel’s Old Town, flapped a glove with his left hand and tooted a horn. This curious behavior signaled the opening of Europe’s longest-running and largest autumn fair (the going-on began in 1471!). The fair will continue for two weeks, culminating in another glove-flapping moment (the right hand one) to close the fair on 14 November. 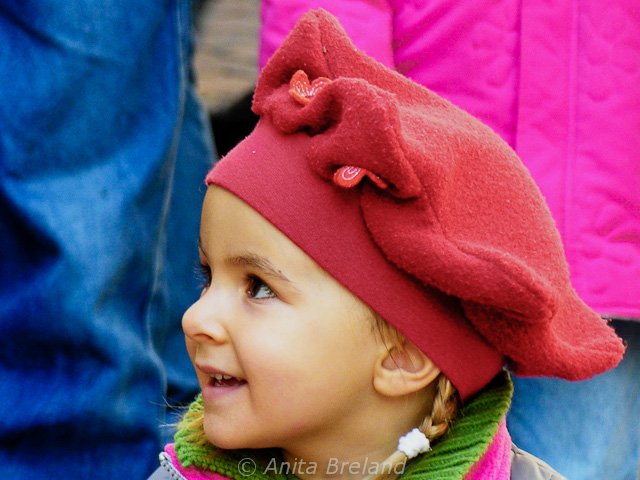 The Herbstmesse comes with venues aplenty: Petersplatz, where it all began; Kaserne, in renegade Klein Basel; Barfusserplatz with its kiddie rides; Messeplatz, where terrifying power rides promise a stomach-churning free-fall; and my favorite, Munsterplatz, where an enormous ferris wheel sits and circles fifty meters from Basel’s cathedral.

Sausages are grilled on every street corner. Bratwurst, wieners and merguez take equal billing, and are paired with country bread on wobbly paper plates. Savory crepes scrabble for attention with roasted ears of corn. It’s all savory and just right under the elm trees that hover over city squares. 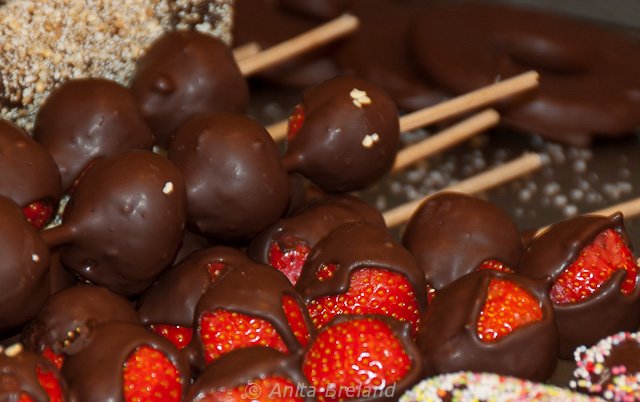 As at any state fair in my own memory, there’s plenty of sweet stuff too: cotton candy; honeyed popcorn; sugary pastries; candied apples—the list goes on. I’ve not tried to inventory the candy options, but there’s no lack of them.
There are Swiss specialty outlets, with the best served up at Petersplatz: Raclette cheese with boiled potatoes and a side of pickled onions and gherkins; risotto, plain or seasoned (thanks to Switzerland’s Ticino region, cousin to northern Italy); and lots of places to try air-cured meats and sausages, all locally sourced. My own favorite, though, is Munsterplatz, just around the corner from my house. It’s a delight to look up at the giant wheel while chowing down on a freshly-grilled Panini filled with Parma ham and cheese or veggies. 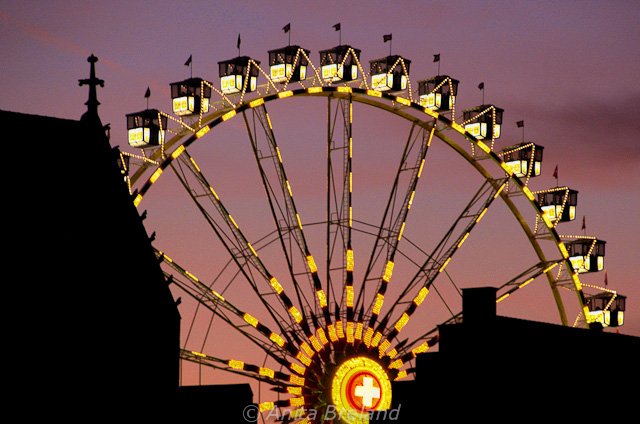 And of course, just watching the sky fold to dark as the lights of the autumn fair take over, is its own inimitable treat.

Super Zampone: Over the Top in Emilia Romagna