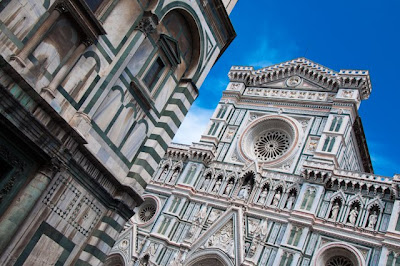 Firenze, with its trove of Renaissance masterpieces, lies directly on the path from my home in Switzerland to San Quirico d’Orcia, Tuscany, where I’d booked a week’s stay. Florence is a logical stopover en route to Tuscany, but is it a smart thing to do in high season?

When I was able to book a centrally located, reasonably priced hotel without difficulty, surely that meant I would arrive in time to beat the hordes of tourists that descend on the city in summer. What was I thinking?

I was unable to get tickets to the Ufizzi or l’Accademia, and queues to get into the Duomo and the Campanile were dispiritingly long. So I abandoned plans to see these tourist magnets, and decided to wander the streets in search of atmosphere. 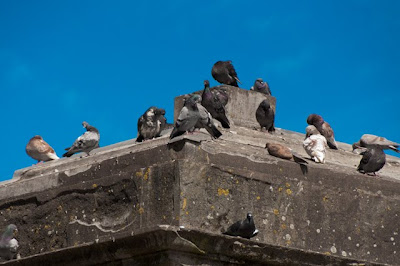 As I jostled along the city’s narrow sidewalks, a pigeon achieved a direct hit on the fixtures and dials of my camera, as well as my head. It was my first time to use hand sanitizer as camera cleaner and shampoo.

An hour later, as I rounded a corner near the Medici Chapels (closed several Mondays per month, this turned out to be one of them), the unthinkable happened, another poop attack. This was not exactly the Florentine feast of the senses I’d envisioned. The second time, the target was the Nikon’s filter ring and flash attachment, and the hand holding the camera.

I confess to a Richard Nixon moment, right there on the cobblestones. Snit over, out came the sanitizer and the last of my tissues, and I went through the cleanup drill again. 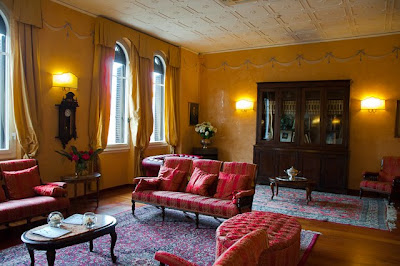 The Hotel Pensione Pendini, overlooking the Piazza de la Reppublica, has friendly staff and offers hearty breakfasts. Its public spaces are pure Belle Epoque. My room was plain, but comfortable and quiet; the bath towels, plush. A place of refuge turned out to be just what I needed in a city chock-a-block with tour groups…and home to pigeons with a terrorist bent.