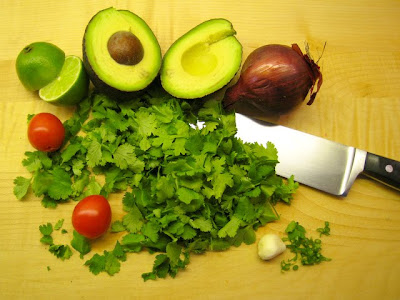 What does one do when her best friend leaves town for an exciting year-long adventure in Southeast Asia? Send him off with a Mexican fiesta, of course. That’s what happened here, anyway.

Tom loves Mexican flavors, so when, in the Swiss way, I invited people over for an apéro to wish him a bon voyage, one thing led to another and it just seemed natural to turn south of the (Texas) border for inspiration. 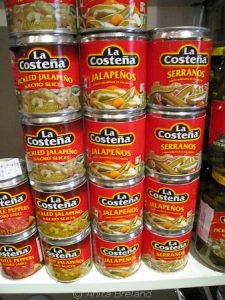 First off, I raided the fridge at Scatola on the Nadelberg here in Basel, picking up a party-sized pack of El Sol fresh corn tortillas. I also cleaned out Scatola’s stock of canned tomatillos, before making the rounds of fresh markets and shops to gather up the necessary ingredients for a mostly Yucatecan feast.

Twenty-four hours later, my kitchen was a disaster zone, but enchiladas were rolled and ready to pop into the oven, sauces and cheeses at the ready. I had enough black beans cooked up to open my own soup kitchen, and bits of cilantro were everywhere.

It was a joy to know from my favorite recipe for enchiladas Suizas that the closest thing to Mexican cream is the French crème fraîche, readily available here. Italian Asiago cheese works fine as a melty Monterrey Jack stand-in. The only thing missing from this roundup, and it is an eternal irritant in these parts, is even one fresh, piquant jalapeño pepper. I have never seen one in the markets here, and always substitute other chilies. But still. The nice folks at Scatola say they will be ordering seeds this spring, if I want to grow my own (but given my history of tormenting the potted-plant kingdom, will this really work?)

This ¡Buen provecho! menu is heavily indebted to Diana Kennedy and Rick Bayless, whose cookbooks’ pages have the drips and splotches that prove my love: 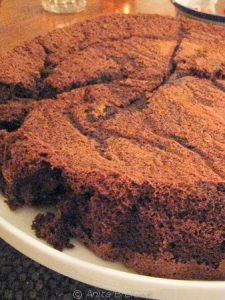 It was a lovely evening, not quite Mexican or Swiss, and definitely not Southeast Asian, but totally filled with good spirits from the six nationalities represented.

Besides the authentic Mexican dishes and music, Tom’s favorite takeaways from the dinner were surely that chocolate cake and a special “Remember Basel” kit he received from another friend. It included a tin of Basler Läckerli, decals with the city symbol, and even a CD-sized packet of Fasnacht confetti to conjure up memories of all those fifes and drums.

I think I was the only one who’s actually been to Mexico, at least to the Yucatan, so was granted welcome carte blanche to lay on the spread as authentically as I could manage. Everyone enjoyed the contributions of our youngest neighbor, who gurgled, giggled and busily teethed on her mom’s iPhone in lieu of enchiladas.