The Star Legend sat at anchor on the horizon. The Windstar yacht seemed ever smaller beyond the wake of the motorboat taking Tom and me to meet our renowned culinary host on Ko Kut Island, Thailand. An all-day shore excursion with Chef Benz promised to be one of casual exploration, a culinary outing combining extraordinary logistics with a private cultural tour and cooking session. The day would take us beyond the resorts and beaches of Ko Kut (Koh Kood) Island for a glimpse of local life, culminating at the atmospheric Benz restaurant on the Yai Kee River. We’ve enjoyed many cooking experiences in our travels around the globe, but this was one of the best yet!

We traveled first by tender from the yacht to a pier where we transferred to a motorboat for an exhilarating trip across the lagoon and around a curve of the island, to the Soneva Kiri Resort pier. There, resort staff met us for a golf-cart ride through the tropical forest. Chef Benz greeted us and together, we hopped into an SUV for a drive on steep and snakelike roads to the tiny port village of Ao Salat. En route, we got acquainted and talked with the chef about the island and Thai cuisine. We even stopped briefly at a rubber tree plantation for a closer look. From the moment we met, Chef Benz was on our wavelength, ready to answer questions and eager to introduce us to her island home.

In Ao Salat, we rambled with our host along the port’s main street, a concrete-and-beam pier lined with small shops, eateries, schools and fishermen’s sheds. With a population of around 300 people, Ao Salat is the largest settlement on the island. Although there are a few souvenir items available in local shops, this is really a working, local village, not a bustling tourist destination.

Sidestepping a couple of motorcycles zipping past us on the narrow walkway, we stopped to watch fishermen cleaning crab nets. A truck filled with coconuts pulled up to the dock beside a jaunty blue and white boat and men jumped into the back. Tossing coconuts above our heads, they shouted for us to “Watch out!” as they loaded the boat.

After sampling several types of dried seafood and shellfish new to us, some spiced up with chilies, we picked up packets of dried anchovies and cuttlefish to take home. Before leaving the village, we climbed its watchtower for a magnificent view.

A cookery class for two

Chef Benz spent a number of years in the kitchens of Soneva Fushi in the Maldives before coming home to Thailand and Ko Kut. Restaurant Benz is now the fine-dining venue for Soneva Kiri Thailand, with dishes developed by the chef and featuring locally sourced produce, especially fresh herbs and vegetables from the resort’s kitchen garden.

The chef’s attention to detail, her professionalism, and a lively yet laid-back demeanor were impressive; her cookery class the ideal combination of show-and-tell and active involvement in the preparation of our meal. An atmospheric setting, top-quality and fresh ingredients, and just enough hands-on to keep us interested made for a beautiful experience on the island and in the Benz kitchen. While we prepared the first course, restaurant staff served us an iced mocktail of Coca-cola flavored with the piquant spices of a Tom Yum soup. I’m not a cola fan, but this was a surprisingly tasty and refreshing drink.

The mise-en-place for our cooking class would have done any fine restaurant proud, but it was Chef Benz’s demonstration method that energized and inspired us. With nary a wasted motion, she showed us how to make Tom Yam Gong, spicy prawn soup with lemongrass, a starter familiar to most fans of Thai cuisine. She asked us to follow her example, and voila! We had a delicious soup. Plopping onto cushions at a table set for two on a covered deck overlooking the river, Tom and I finished our drinks and guzzled our soup. With soup done, it was on to our second dish: Larb Gai, a spicy chicken salad with a roasted rice crust, dry chilies and lime juice. For this one, the drill was pretty much the same, but the tasks a bit more complex.

Chef Benz took us through the ingredients and preparation and had us taste the results. She then asked me to follow her lead. I did, preparing enough for both Tom and me, and it was easy-peasy! She watched and made minor corrections and when the larb was almost done, she asked us to taste and comment, then tasted the dish herself to see if the spices were in proper balance.

Then it was Tom’s turn, preparing Pad Thai Goong, noodles stir-fried with shrimp. When he enthusiastically added fish sauce, one of his favorite ingredients, Chef Benz stepped in to caution “Balance, balance!”

Before she pronounced the Pad Thai ready to serve, Chef Benz suggested one last dousing with tamarind broth. This time, when we settled onto our cushions, the barman brought us glasses of chilled white wine to accompany our meal. Both dishes had just the right sour notes and piquancy, and were totally satisfying! When we were done, a dessert of coconut ice cream and cookies was set before us, no preparation required. Our private Windstar excursion was an immersive experience, as promised. And although her recipes were simple, Chef Benz provided much more than a cooking class. Before putting on aprons, Tom and I were able to travel through a remote tropical landscape and have a glimpse into the lives of locals in Ao Salat.

Best of all, though, we had the chef’s undivided attention for the entire day and were able to make the most of our time together. We discussed ingredients and over our cooking pots, observed and practiced the proper order and techniques of preparation. We enjoyed fine food from our own hands and came away with the cozy feeling that we can replicate our delicious meal at home.

The chef’s primary instructions at the stove hold true for just about any kitchen experience, at home or in a restaurant. “Seek a balance of flavors. Trust your eyes, nose and taste buds as you are cooking. Spice to suit individual tastes.” Her only interventions were to help us achieve the balance so important to Thai cooking.

Our January cruise aboard the Star Legend was our second cruise with Windstar, the award-winning small-ship line. Windstar is justifiably proud of its culinary offerings–a vibrant partnership with the James Beard Foundation was recently extended until early 2021–and its celebrated shore excursions. The boutique line’s inaugural sailing with James Beard in Mediterranean waters had impressed us with Windstar’s focus on culinary excellence and we brought high expectations from that earlier cruise along with us to Southeast Asia. Happily, our culinary experiences on board the Star Legend, and onshore with Chef Benz, lived up to Windstar’s reputation for casual elegance, with food.

We were media guests of Windstar Cruise Line, traveling on the Icons of Southeast Asia cruise from Bangkok to Hong Kong. A personalized Ko Kut cooking excursion is being incorporated into its prestigious Concierge Collection. 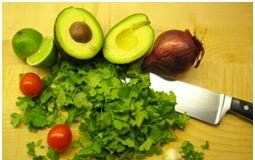